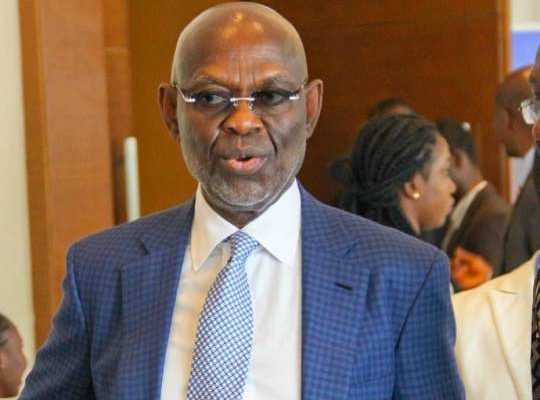 So we’ve heard the rumours that Professor Kwesi Botchwey may run for the presidential ticket of the NDC.

While we await some concrete information or major announcement, here’s a pro-con analysis of his candidature if he were to run. The debate is already raging so we might as well chip in.

He is well known, well experienced and well informed on major issues of governance.

As a former finance minister, former Chairman of the NDPC and former official of the World Bank, IMF and UNDP, economic affairs is his playground or area of versatility. If you care about bread and butter issues, this is your man.

He is a man of national and international acclaim.

If you are looking for someone who is academically accomplished, then Professor Botchwey is your man (akin to Dr Ekow Spio-Garbrah) is your kind of man. In this way, he reminds many of the late Professor Atta Mills (Bless his soul). Presec-Legon, UG, Yale and Michigan. Doesn’t get better than that. He also held positions in Harvard and the prestigious Fletcher School of Law and Diplomacy.

Free of the “indelible” corruption tag: With Prof. Botchwey, the tag or perception of widespread corruption tag will be weakened. The NDC will avoid getting into ding-dong arguments over various scandals which seems to be a noose around the neck of other candidates.

Professor Botchwey seems to have the support of founder Jerry John Rawlings, some elders and the much acclaimed cadres/grassroots. He appears to be a unifier or unifying figure. It is not just anybody that gets to speak at a revolutionary lecture series you know.

As a much revered figure he’s likely to win over some “floating” voters. Prof’s reputation seems towering enough to attract independents and voters across the partisan divide.

On the whole he appears to embody the calm, peaceable and mature figure normally associated with a well-tempered president. In other words Kwesi B is a man of reason, respect and resolve.

What Kwesi Botchwey doesn’t have going for him (Cons)

Candidate of the past

Though Prof is very well qualified, he is likely to be seen as belonging to the “old school” wing of the party. Will a candidate who was a major architect of structural reform still be relevant in the era of “Ghana beyond aid” and populism?

Kwesi Botchwey may be well liked among the cadres but the NDC has to contemplate the idea of whether he is really the candidate of the youth. Not many younger folks necessarily had direct experience of Uncle Kwesi’s hey days as a member of government in the 80s and early 90s. Do they still have the same connection to him?

Despite his qualifications, the debate about his campaign skills has to be held. Is he an eloquent speaker, a prolific campaigner and does he have the energy/stamina to match, for example, John Mahama on the campaign stump? Is he able to tap into voter sentiments and emotions as any versatile campaigner? In other words does he have charismatic appeal?

Many folks will scream “conflict of interest” at the thought that the man who was tasked to led research efforts regarding the NDC’s crushing defeat has presented himself as a candidate for consideration. Technically speaking, he has the freewill to compete, but one cannot ignore these accusations. This is something Prof has to defend again and again and it can distract him from his core campaign job of selling his message. In other words, he is likely to start from an injured, fractured or weakened position–something he clearly doesn’t need now. And neither does the NDC.