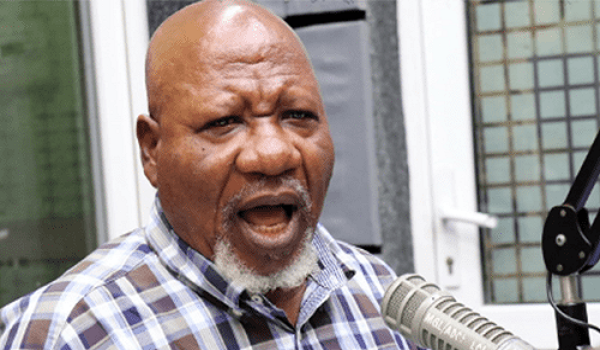 Bernard Allotey Jacobs, the former Central Regional Chairman of the National Democratic Congress (NDC) has revealed the tipping point in his strained relationship with the leadership of the party and John Dramani Mahama.

Allotey Jacobs in an interview with Asempa FM stated that ahead of the 2016 election, he was asked by the leadership of the party to ensure that the Cape Coast Stadium was filled to the brim for John Mahama's inaugural campaign.

He recounts that despite the struggle in accomplishing the task, with the help of his regional executives, he managed to pull it off.

He was, however, devastated after the party and ‘Mahama boys’ sidelined him in the activities.

Allotey says it is a convention within the party that the regional chairman delivers the opening remarks during such events but in his case, he was deprived of such honour.

Allotey revealed he was not even acknowledged by the party at the rally.

“After instructing me to organize and fill Cape Coast Stadium for the campaign inauguration, the little boys around the president ignored me. In every organization, when you have such a program it is the regional chairman who welcomes everybody and the leader but they changed the program last minute and removed my name.

Allotey Jacobs stated that he could not be held responsible for the party’s poor performance in the 2016 election.

He disclosed that he campaigned and voted for Nana Addo Dankwa Akufo-Addo in the 2020 elections.

Allotey said in the Asempa FM interview that though he did not openly campaign for Akufo-Addo, he informed his relatives and close friends to vote for him.

Allotey revealed that he did not join the John Mahama campaign because he is convinced about his competence.

“I was home during the campaign season. I didn't go anywhere, I was home. I told the people in my house to vote for Akufo-Addo. I told them he's a great leader so they vote for him,” he said.