NDC, NPP are not accountable to Ghanaians – Akufo-Addo’s lawyer laments 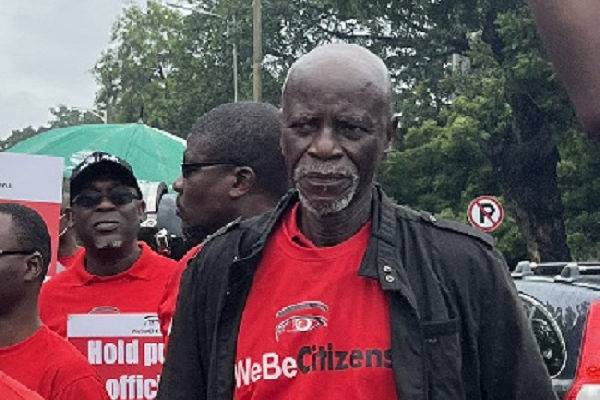 The two main political parties in the country, the governing New Patriotic Party, NPP, and the opposition National Democratic Congress, NDC, are serving themselves more than the general populace who elected them into office.

This is the view of lawyer Anthony Akoto Ampaw, lead counsel for President Nana Addo Dankwa Akufo-Addo during the 2020 election petition case.

Ampaw, who is a staunch human rights and good governance advocate, stressed in an interview on the state broadcaster, Ghana Television, that it would take an organized citizenry to demand better from the politicians.

“We’ve allowed two parties to dominate our lives, politically, socially and economically and I don’t think that the dividends are anything to talk about. And the projector as I see it now is going downwards,” he told Kafui Dey.

Asked how the status quo can be changed, he responded: “Until our people begin to assert their rights in an organized fashion, not in unruly fashion … but organized and purposeful fashion, people must believe in themselves as agents of change and organize to make our parties accountable to us.

“As things are now, they are not. The two main parties are not accountable to the people of Ghana, I don’t think so,” he added.

Akoto Ampaw said it was unfortunate that the parties have become instruments of enrichment for politicians expressing further worry that he did not see an internal reform route in either of the two parties.

“As I sit here, I don’t see in the immediate or medium futures any significant internal reform coming from within the parties. Because largely, these parties have become instruments of self-aggrandizement,” he stated.

The NDC and NPP have alternated executive power since 1992. The two parties currently hold 137 seats apiece in Parliament with the final seat being held by Andrew Asiamah of Fomena – an independent candidate who is currently doing business with the NPP.