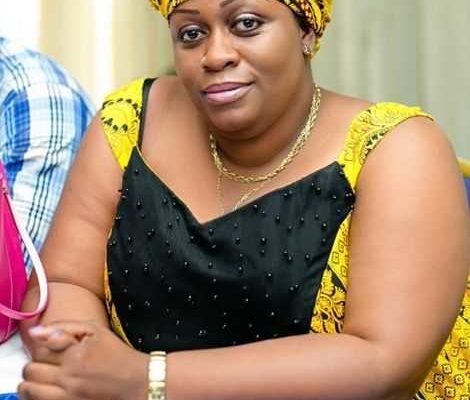 NPP Deputy Communications Director (NPP), Mame Yaa Aboagye has expressed delight over the progress of work on the Pokuase Interchange.

With the project commencing in April 2018 and the interchange initially proposed as a 3-tier single point urban interchange, the contractor, after undertaking a value engineering assessment, proposed to construct a 4-tier stack Interchange which was approved by the Ministry for Roads and Highways.

"Thus far, road works, including drainage and pavement works, are far advanced, with most of the local roads identified for construction being concluded. Additionally, some extra routes which became necessary after a review of the works are currently far advanced, and will be completed before the end of 2019, with over 10 kilometers of local community roads being completed within the catchment area of the interchange."

The NPP Deputy Communications Director joined the President of the Republic of Ghana, Nana Addo Dankwa Akufo-Addo on his Greater Accra Regional tour.

The President and his team also inspected work currently ongoing on the 5.5 km Kwabenya roundabout to Taifa road.

In view what she describes as a good work by President Akufo-Addo, Maame Yaa Aboagye took a swipe at the erstwhile NDC regime questioning the road infrastructure stipulated in their green book.

To her, the NDC's green book is nothing but a repository of lies and deception.

“Former President Mahama’s achievement especially on road infrastructures as stipulated in his much-touted Green Book cannot be verified for certification because most of them do not exist on the ground…I am with the President and we have toured so many areas in Greater Accra and most of the roads that was captured under Greater Accra in NDC green book are still untilled especially in Troubo Amasaman and Dome Kwabenya.

“I'm convinced as President Akufo Addo said that the road infrastructure the NDC boasted whiles in power can only be found in their Green Book…I can personally testify that there is no road as claimed by the opposition…Time has really exposed their lies,” she stated.