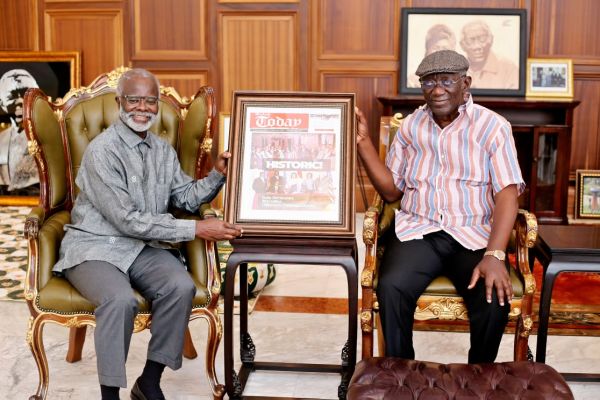 This was to inform the former President about what he has been doing these past three years, why he has been absent from Ghana and the 2020 elections as well as his plans going forward.

It will be recalled that after the 2000 elections, President Kufuor appointed an inclusive administration which included CPP, PNC and independents.

Dr. Nduom had contested the election then to become the MP for Komenda-Edina-Eguafo-Abrem (KEEA) on the ticket of the CPP.

He worked very closely with the former President to fashion the Ghana Poverty Reduction Strategy (GPRS) and get it through Cabinet.  It is this GPRS which was used to help qualify Ghana for HIPC benefits with Mr. Yaw Osafo Maafo as the Minister of Finance.

He was appointed Energy Minister at the height of Ghana’s search for oil.  President Kufuor during his second term of office appointed Dr. Nduom as Minister for Public Sector Reform.

This led to a number of reform initiatives including pension and salary administration (introduction of single spine) and others.

President Kufuor and Dr. Nduom travelled together to a number of international assignments in the UK, France, Spain, USA and a number of African countries.

Perhaps a defining moment in their relationship  was the appointment of Dr. Nduom to lead a stalled Millennium Development Challenge project which led to the USA giving Ghana a $547 million grant for a number of projects including the construction of the N1 Highway (Tetteh Quarshie to Mallam).

Former President Kufuor knows Dr. Nduom’s family very well so they had a good discussion about his family and how his children are doing. 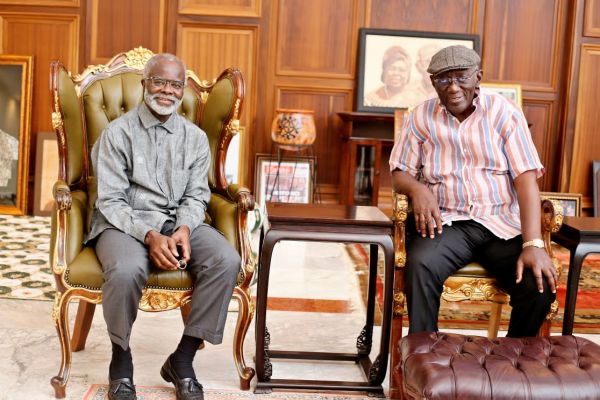 Dr. Nduom discussed the reasons why he had been absent for so long from Ghana including health and business challenges.

He told the former President he had been paying particular attention to his business operations in the USA particularly the bank especially given the reputational damage caused by the loss of the Ghana banking license and the accusations made about illegal money transfers.

All these he hoped would be proven false through the courts and administrative processes.

The former President wished him well and prayed that all will be well for him to return to Ghana to play a meaningful role in the development and job creation.

Dr. Nduom presented the former President with an enlarged and framed front page of the Today Newspaper which featured photographs taken at the State Department in the USA when the MCA compact was signed between Ghana and the USA.

He expressed his gratitude for the MCA assignment and the support the former President gave during the process.

As a sign of accountability, Dr. Nduom promised to help prepare a presentation on what the $547 million compact has accomplished in Ghana.