Never marry a guy who has these 5 traits 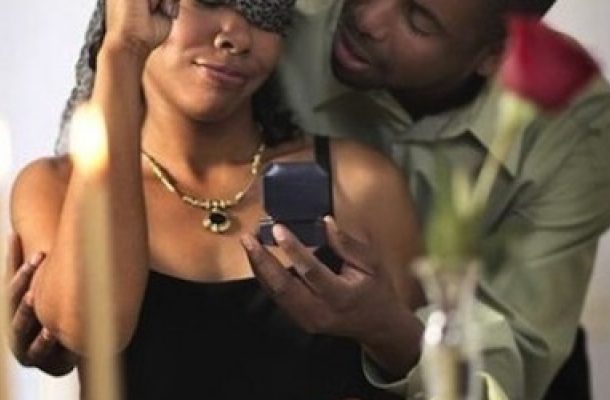 For many, who you marry is among the most important decisions you will make in your lifetime.

Everyone hopes that the person they marry is the actual embodiment of Prince Charming, but the truth is that everyone has good and bad qualities and you have to pick and choose what you’re willing to deal with.

However, there are certain characteristics that are absolute red flags.

To give your marriage the best possible chance of surviving, weed out guys that exhibit these questionable personality traits.He’s selfishPay attention to how your man treats other people, and especially notice how he treats you. Generosity is an attractive trait, and he doesn’t have to be a billionaire philanthropist to show that he values those around him and is able to think outside of himself. It’s more than just being able to share – although that’s important – you want to spend your life with a man who isn’t stingy with his time or his affection. Ultimately, what a guy is saying when he acts selfishly around you and others is that he will always put himself first. And that sort of attitude will lead to disappointment and frustration in a marriage.He doesn’t listenIt’s important to marry a man who values your opinion and lets you voice your thoughts, concerns, triumphs and interests. Even if he doesn’t stifle your voice, if he doesn’t show genuine interest in you or your life, let him go. It can be very detrimental to your emotional and mental health to be with someone who never listens to what you’re saying. It shows that he’s apathetic about you and your relationship or unwilling to invest the amount of effort necessary to make it work.He doesn’t respect you or your boundariesBoundaries are super important, especially in a marriage. You have to be able to establish healthy ones early on in a relationship because it’s easy for them to become blurred. If your partner doesn’t respect clear boundaries before you’re married – that you or both of you have agreed to – that isn’t going to change by placing a ring on your finger.He’s untrustworthyIf you’re considering a marriage with a man who constantly breaks his promises or continually makes excuses – reconsider it. Trust is the basis for any lasting marriage. You are going to experience hardships and trials throughout your life and if you can’t trust your spouse with even the little things, it’s going to be a long and lonely journey.He never apologisesNobody is perfect and everyone makes mistakes. However, if you find that you are the only one who ever apologises for anything in your relationship, take some time to ask yourself why. Does your partner make you feel like you are always in the wrong? Or is he simply unwilling to take accountability for any of his actions? Maybe he doesn’t even realise he has done anything wrong. While you shouldn’t be keeping tabs on who’s said sorry more, in a healthy relationship there should be a fairly equal distribution of responsibility. It’s a sign of maturity, self-awareness, and awareness of how your actions affect your relationship.Marriage is a two-way street. Even though they say opposites attract, the best way to avoid guys with these personality traits is to notice and improve those traits within yourself.Source: WomenWorking