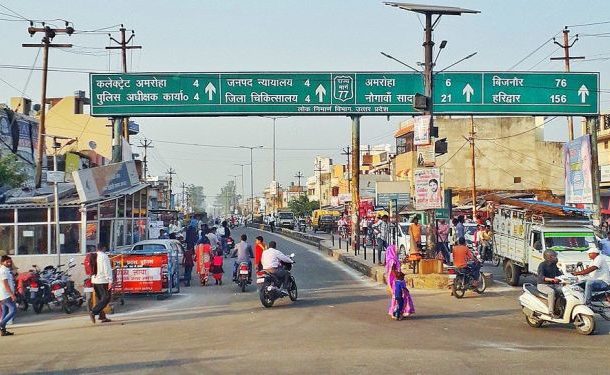 The northern Indian state of Uttar Pradesh is politically significant because it sends a maximum number of parliamentarians in India’s general elections. The Congress Party has been out power in the state for the last 30 years.

A conflict within the Congress Party has deepend further after several members, signatories to a letter demanding the re-haul of the party leadership, were left out of committees constituted for the Uttar Pradesh polls in 2022.
The party has constituted a manifesto drafting committee and six other panels, with party old guard and loyalists appointed as their heads. Congress veteran and former cabinet minister Salman Khurshid Khurshid will head the manifesto team.
Several other prominent faces of the grand old party in Uttar Pradesh, which include former Uttar Pradesh Congress Committee Chief Raj Babbar, who was signatory to the letter, also failed to find a foothold.
The step comes after 23 senior Congress members wrote a letter to the party's interim chief Sonia Gandhi demanding a "full-time" leadership to revive the party, and suggested that the members of the core decision making body of Congress be elected and not appointed. A section of the members also suggested looking for a non-Gandhi leadership.
This is not the first time that the letter's signatories have been sidelined in key party committees. Earlier, party veteran Ghulam Nabi Azad and deputy leader Anand Sharma, who played key roles in drafting the letter, were kept at bay from a committee for the parliament's upper house (Rajya Sabha).
Sonia's close aide, former minister Jairam Ramesh, was appointed Congress chief whip - the political leader authorised to conduct internal elections within the party - and Ahmed Patel and K.C. Venugopal as her political advisers.
Meanwhile, Priyanka Gandhi will be leading the party's campaign in the state. However, when she was appointed as the general secretary of Uttar Pradesh East, her leadership failed to translate into votes in the 2019 general election.
In fact, the party recorded its worst performance in the state, with former Congress chief Rahul Gandhi losing the family turf, Amethi, to the Bharatiya Janata Party.
Winning Uttar Pradesh, which has a maximum of state legislature seats at 403, is vital for a party as the state also sends 80 members to the lower house (Lok Sabha) of parliament. It helps a party inch closer to gaining a majority. Indian Prime Minister Narendra Modi eyed cracking Uttar Pradesh in the 2014 general elections and won the elections from the Varanasi constituency in the state.