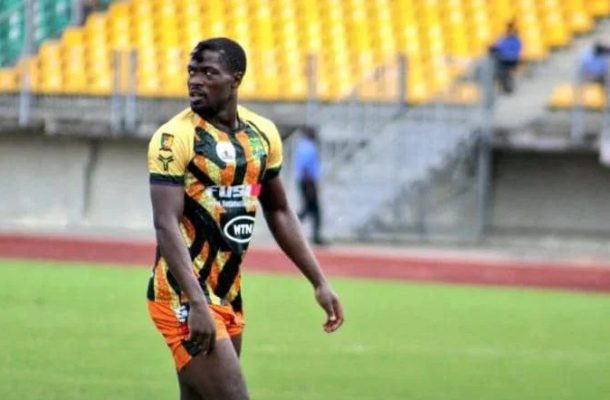 Agent of new Hearts of Oak striker Junior Kaaba has likened his striker to Chelsea striker Romeelu Lukaku who is presently on loan at Inter Milan.

Hearts of Oak completed the transfer of Cameroonian striker Junior Kaaba from Fauvre Azur Elite FC  after reaching an agreement.

He says that he has been scouting for strikers for the last 20 years and is convinced the Hearts of Oak striker will be a big hit.

“I have been scouting strikers for close to 20 years and it doesn’t take me too long to identify one. Moreover, he has been the top scorer for all the teams he has played for.”

“I watched him for two days in two separate games and I was amazed at his performance and I approached him to work with me."

“I give Kudos to the Hearts of Oak Board for getting him on board because there was a deal for him in Algeria and he rejected to join Hearts so they have done well.”

"He is like Lukaku type of striker and physically strong."

Junior Kaaba was prolific in the Cameroonian topflight this season where he notched up seven goals in the first round of the season before finishing with 11 goals for the season with five assists to his name.

Hearts of Oak stole a march on some other African sides who wanted to sign the prolific striker.