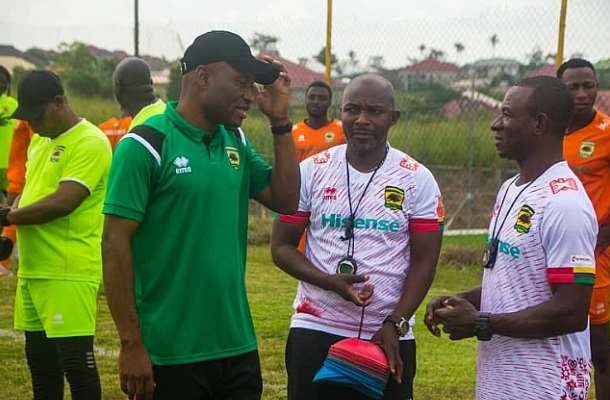 At Kotoko and many big clubs it is no news to have a new coach almost every season as results is the currency for survival for any coach at such clubs no matter your pedigree.

New Kotoko gaffer Dr. Prosper Nartey Ogum started his reign at the club as he held his first pre-season training with his new side on Monday afternoon where he outlined his vision to the players and told them that everyone is starting on a clean slate and each one must fight for his position at the club.

On Monday afternoon, the club officially confirmed the appointments of David Ocloo and Joh Eduafo as the two assistant coaches to the new trainer.

There was no serious field work as much of the training was based on gaining their fitness back after almost two months out of action with real ball work, tactics and others set to start next week.