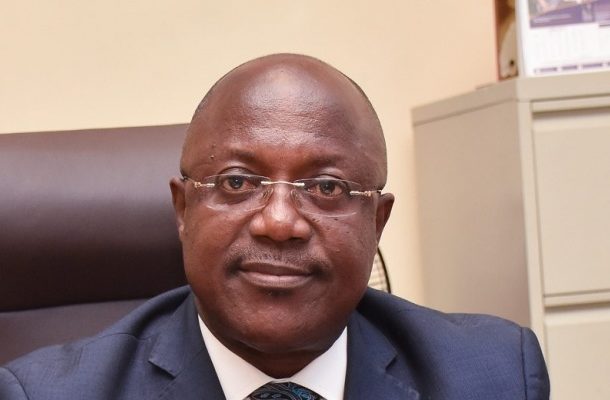 In the face of the country’s noble quest to have every Ghanaian registered and provided a National ID card, we woke up on Wednesday to the news that the National Identification Authority [NIA], the outfit responsible will spend a whopping $1.22billion for the exercise.Among other things, the DG of NIA, Prof Ken Attafuah said, the 15 years project is hinged on a “design-build-operate-transfer” agreement which will see both government and the private partner make some financial commitments. The private partners share of this burden is $678 million, the government of Ghana component, $531 million,” making up the $1.22billion.Curiously, this was a project the previous regime attempted to execute at $115 million, a cost which witnessed negative tagging and outright rejection especially from some IT professionals, Civil Society groups and the opposition NPP who incidentally are in power but gleefully implementing the over One Thousand percent [1000%] priced project.Amidst the rejection calls, I remember for instance, IT expert, Herman Chinery-Hesse, indicated on Citi fm that the project could at most cost $10 million and that local IT experts must be given the opportunity to do it. Try as she did, NIA’s Public Affairs Director, Bertha Dzeble could convince no one. http://citifmonline.com/2014/09/26/ghanacards-could-cost-just-10-mln-not-115-mln-chinery-hesse/IMANI Ghana which also was opposed to the cost of the deal had its President, Franklin Cudjoe make much more cogent argument on the matter, that the World Bank has a comparatively cheaper $97 million funding available for Ghana's e-TRANSFORM PROJECT - including $29.15 Million to build a national identification system.Now, under the e-TRANSFORM PROJECT, according to the World Bank website, there are three sub-components: (i) storage, protection, and, opening up of government data; (ii) support for innovation centers for entrepreneurship and job creation; and (iii) institutional capacity building for policy and regulatory institutions.The second component is support for upgrading national identification system and online verification services. This component will provide support to develop a robust national identification system based on international standards to help prepare Ghana for a modern e-commerce industry, improved e-government services, and alleviate poverty. It has the following two sub-components: (a) support for a national electronic identification (e-ID) system; and (b) support for digitization and integration of digital identity and verification systems into user agency operations.The third component is scale up of applications to improve service delivery in priority sectors.In effect, e-TRANSFORM PROJECT on completion will help achieve a lot including linking key agencies such as DVLA, Police, Births and Deaths, GRA, Social Welfare Department, EC, Statistical Service, SSNIT, Immigration, etc. via the national identification registration system.H.E John Mahama who initiated the harmonization and integration of statutory Identification cards and the re-registration project, according to Franklin Cudjoe, heeded their call to get the NIA authorities to abort plans to support its implementing partner to secure the $115 million Chinese EXIM facility for the project. https://www.modernghana.com/news/574435/prez-mahama-acts-on-nia-scamimani-ghana.htmlToday, indications are that the $97 million World Bank e- TRANSFORM PROJECT is well on course. But assuming the e-TRANSFORM PROJECT cost was factored into the total project cost of $1.2billion, what expenditure justification do we have for $1billion? Not a case of create, loot and share?I have heard there is no value-for-money audit on the cost of this expensive project. I am also learning the entire project implementation and supervision was yanked from the claws of Ministry of Communications and ensconced between the offices of Vice President and Dr. Anthony Akoto Osei at the Flag Staff House. Why? Your guess is as good as mine.You recalled, Veep, in his usual nodding manner, launched the mobile money interoperability platform and that coming on the back of the abrogation of a contract BoG reached with SIBTON for a bigger project. Justifications offered for the abrogation by him - Veep, Deputy Minister George Andah and other key spokespersons were; ICT related contracts/project need not exceed 5 years; that Build, Own, Operate, Transfer [BOOT] projects are a rip off; that GoG will invest in same and own it outright; that $1.2 billion is so dear a cost to bear.Now, what has changed that Government will engage exactly in what it rejected only 2 weeks ago? NIA project is a BOOT, costing $1.22 billion, spanning the next 15 years. What has changed? The NPP, as to what define their principles, beliefs and ideals, will take even the Greek gods centuries to unravel because it appears there are no principles – blowing hot and cold as and when it suits them. That partly explain why the NPP is being rocked by one scandal or the other; almost becoming scandal endemic; #ONE DAY, ONE SCANDAL. Well, save it for another day.But, as we speak, isn’t the silence enveloping this unreasonable Dr. Bawumia led NIA project too loud and marveling? Not scandalous but revealing on the part of those who opposed a much less $115m deal but are mute over same that today is 1000% overpriced?"It's not the fall that kills you; it's the sudden stop at the end." – UnknownWriter: Koku Mawuli Nanegbe