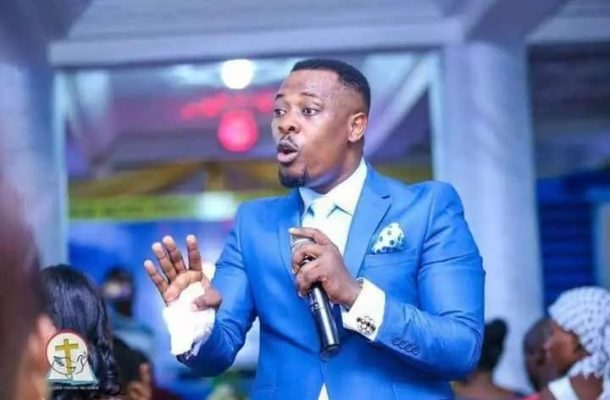 Prophet Nigel Gaisie, the leader of the Prophetic Hill Chapel has been cautioned to desist from commenting on Reverend Isaac Owusu Bempah’s brush with the law.

In a Facebook post, Nana Hesse Ogyiri, a presidential staffer warned Nigel Gaisie not to attach partisan politics to the issue.

He noted that Gaisie could make matters worse for Reverend Owusu Bempah if he takes the issue on a political tangent.

“Nigel Gaisie, please stay away from this issue. Don't use your NDC induced lenses to complicate issues for the Pastor,” his post read.

“This one-week remand? Is his issue not a bailable offense? I don't think for anything that the pastor will run away if granted bail. We should not kill a fly with a bulldozer”.

Nigel Gaisie, in an interview with Okay FM on Tuesday, September 14, 2021, accused the New Patriotic Party for neglecting Reverend Owusu Bempah who is known to have strong ties with the party and President Nana Addo Dankwa Akufo-Addo.

“I am not saying anybody is above the law, I respect the rule of law but we are in this country where people have done worse things than what Rev. owusu Bempah has done or said, the law does not go after them, and even if the law goes after them the law treats them with softer hands. So for me, the lesson is that it is not worth dying for any political party or a politician in Ghana, it is not worth it.

“They have neglected him. I don’t see this happening. Where the man has been taken to is not a good place. I was thinking that they will be gracious enough to bail him because nobody is above the law. But to remand him again, we have politicians in this country who have said worse things. They have exposed people on TV and the next minute they died and all that, but they are walking free and are being given more positions” he said. The Founder and Leader of Glorious Word and Power Ministry International, Reverend Isaac Owusu Bempah was arrested together with three of his junior pastors on Sunday, September 13, 2021.

The arrest of Owusu Bempah came after a series of confrontations between him and repented fetish priestess, Nana Agradaa now known as Evangelist Patricia Oduro Koranteng.

A day after some junior pastors of Reverend Owusu Bempah were seen in a viral video brandishing guns and threatening to deal with Agradaa, the pastor and a group of men trooped to her residence to confront her.

Agradaa however failed to face up to Owusu Bempah but chose to stand on the balcony of her building leaving the pastor and his troop stranded at her gate.

Following the incident and the brandishing of weapons that characterized the storming of Agradaa’s residence, the Ghana Police Service picked up the Reverend Owusu Bempah and his junior pastors and put them before a court on Monday.

His plea for bail was rejected by the court which handed him a one-week remand. 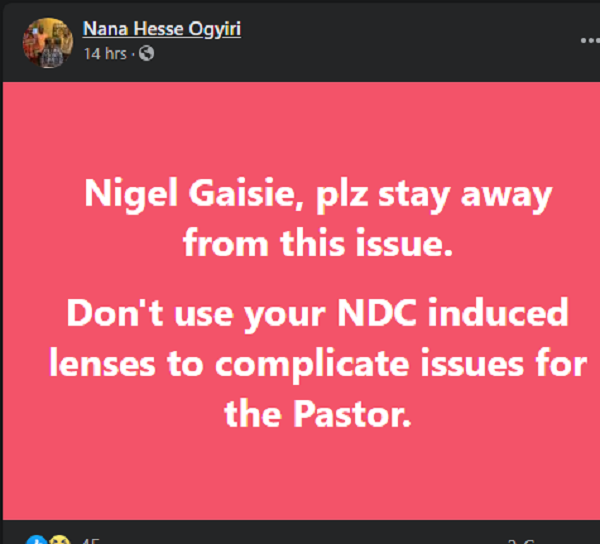