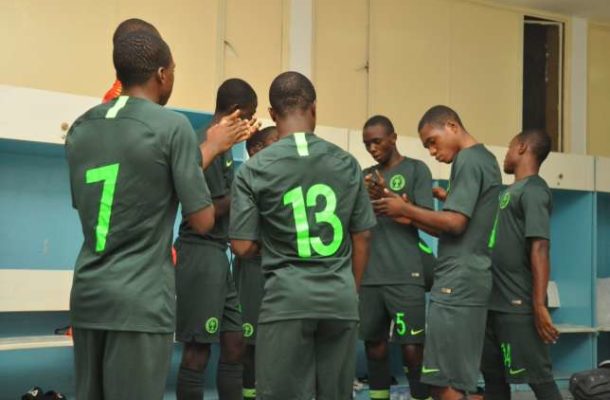 Nigeria U-17 team have been promised a reward of 2 million Naira (over 5,000 dollars) if they emerge champions of this year's WAFU Zone tournament at the expense of Ghana.

The Golden Eaglets will take on the Black Starlets  in the final on Saturday, September 15 with the winners representing the zone at the 2019 U-17 Africa Cup of Nations (AFCON) scheduled to hold in Tanzania.

The Golden Eaglets qualified for the final of the tournament after a 2-1 win over Niger Republic in the semifinal.

Their victory means that they set up a final match against West African rivals Ghana who beat Cote D' Ivoire in the other semifinal.

The Golden Eaglets were promised gifts and bonuses should they scale the Niger Republic hurdle which they did and their performance has been rewarded.

Following the result of the game, Nigeria Football Federation (NFF) Tech committee chairman Ahmed fresh Yusuf redeemed his pledge by rewarding the players with one million Naira (over 2,000 dollars) for their achievement.

The NFF administrator also promised the young side two million Naira and other bonuses if they can beat Ghana in the final.

The message read, "NFF Tech committee chairman @AhmedfreshYusuf fulfills his promise to the Eaglets, gives them a Million Naira for the win against Niger, and promises to reward them with 2Million Naira if they beat Ghana in Saturday's #AfconU17Q final."