Nigerians and their gang members jailed in UK for complex Phone, Email fraud 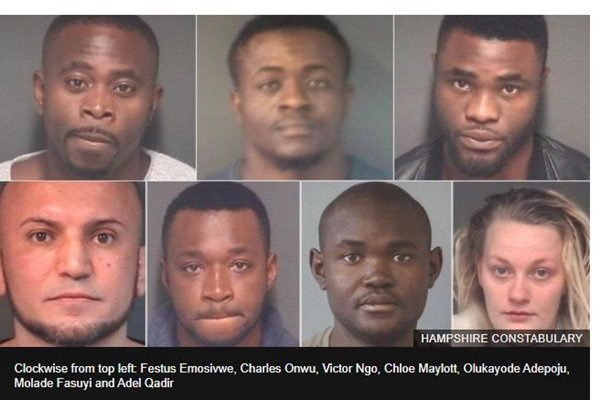 Scammers who infiltrated BT customer accounts as part of a "sophisticated" £358,000 fraud have been jailed. The gang targeted in excess of 2,000 people, predominantly in the Portsmouth area, between May 2014 and July 2016. They used the details to set up Paypal accounts to order expensive items which were then delivered to addresses in the city controlled by the group.

Seven people were jailed for between 16 and 44 months for their part in the fraud.

Police carried out raids after being given information by BT, and group leader Festus Emosivwe, 36, put a USB data stick in his mouth and chewed on it when police arrested him, making it impossible to recover any data.