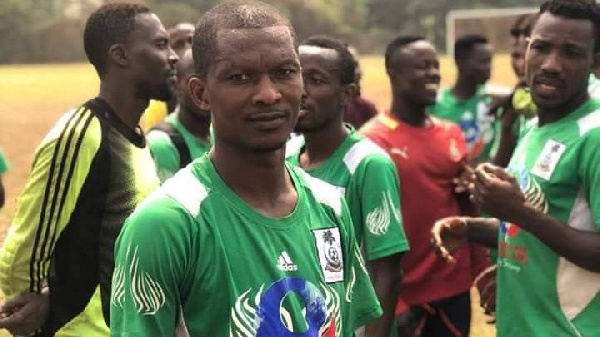 Daniel Nii Adjei seem to have all but ended his brief King Faisal career after engaging in a heated argument with controversial owner and President of the club Alhaji Karim Gruzah.

The experienced midfielder was sent away from the team's camp following their latest defeat in the Ghana Premier League to fellow relegation strugglers Ebusua Dwarfs on Wednesday.

The veteran midfielder did not complete the full duration of the game as he was brought off eleven minutes from time as he was replaced by Mohammed Haruna.

Team owner Alhaji Gruzah was obviously disappointed in his captain's actions and confronted him resulting in heated exchanges between the pair and blamed his captain for his side's 2-1 defeat as he believes they were in the lead as at half time and instead of the captain urging on his players decided to confront the technical team.

“Daniel Nii Adjei caused our defeat. How can you fight with the technical team during the break. We were leading at the time and things could have been different if not because of what he did.

“You are the captain instead of talking to the players you are rather fighting with the technical team”.

Nii Adjei did not travel with the rest of the team to Kumasi and has since handed over his kits to the team.