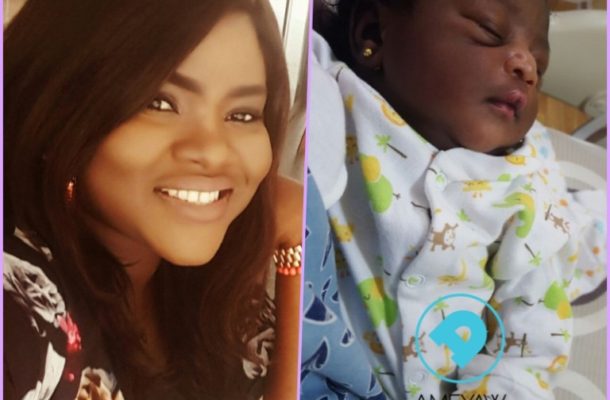 Ghanaian football legend, Nii Odartey Lamptey and fiancée, actress and former Ghana’s Most Beautiful finalist, Ruweida Yakubu have welcomed their second child together according to sources.

This comes after footballer’s rather public separation with wife Gloria, after it was revealed to the media that his children with Gloria were not his biological offspring

.
The matter degenerated into a divorce, which is still in court, where Odartey Lamptey also disclosed that, his wife accused him of being infertile, which became a subject for discussion in the public domain. In June 2014, he was proud to disclose to the media again that, he is the proud biological father of a new baby with his fiancée.

The now coach/football pundit plans to marry Ruweida after the court case with former wife Gloria is settled!