Nine major factors that would shape the NDC Presidential Primaries 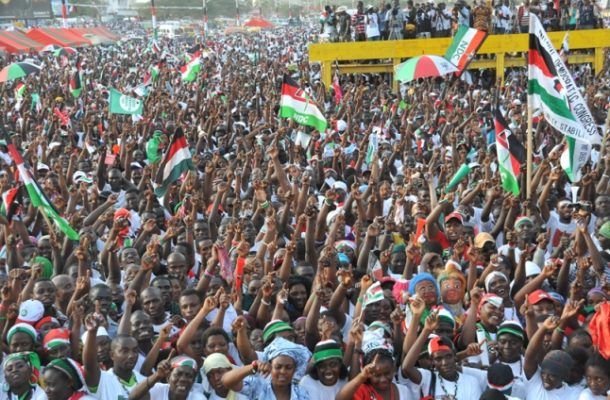 The race to lead the NDC in the next elections is heating up.  What are the factors that will determine who eventually emerges victorious?

What are delegates or voters likely to consider before casting their votes? Here we consider some major factors that will shape the NDC presidential primaries.

Neglected. Alienated. Forlorn. The “grassroots” wing of the NDC is highly aggrieved. One of the biggest complaints from the NDC camp was that local officials and the grassroots felt deeply side-lined. A demonstration of genuine, authentic commitment to the grassroots beyond symbolism and showmanship will earn candidates high marks. Elections are won through canvassing and grand organizational efforts hinged on an effective grassroots machinery. This section is looking for a leader who understands them and who can carry them along. They need an advocate. They need a voice and whichever candidate is able to win their support—particularly those who will be part of the delegates— will sure have a foot forward.

Name recognition is a sine qua non for any successful presidential venture. Without it the campaign starts with an uphill task. With it the burden is lessened and candidates can then concentrate on other aspects of the venture. It’s not a surety for success but if you’re popular, you already have one foot in.

This will be key for success. The candidate who is able to craft the right message to resonate with the delegates or voters is likely to make inroads. Without the appropriate message for the appropriate audience at the appropriate time, the entire campaign will be an exercise in futility. The candidates need to get out there explaining what it is they plan to do and how they hope to achieve it and what the impact is likely to be. This should be based on good research, comprehensible content and eloquently communicated.

Presidential campaigns can suffocate the political neophyte due to the tasking nature of the job. Experience counts in effectively connecting with voters, devising political strategy and convincing voters of one’s competence. If you’ve been on the campaign stump long enough or run a presidential campaign before, it always throws up lessons and strategies which can be retooled again and again. A prolific campaigner with the energy, strategy and instincts for tapping into voter sentiment and emotions would likely make a mark.

The NDC at its core is a social democratic party. One of the great things about the National Democratic Congress is its ability to appeal to a broad swath of ethnic, religious and demographic cleavages. Say what you will about the party but one thing you cannot accuse it of is ethnocentrism or what we may call “narrow appeal”. As a socialist party, the NDC aligns towards equality, collectiveness, camaraderie and a communal governance. As it were, this is the party of the welfare state, the party of egalitarianism and a party that is all too ready to shun the sometimes lofty and elitist sentiments associated with their political opponents. To make a headway within the party, candidates should outline policies and programs that decidedly align with these under-girding philosophy. And the delegates as well as voters and indeed, the larger Ghanaian public, should demand it.

Candidate who can win the trust of voter rich “Volta

It is no secret that low voter turnout in the Volta region due to disenchantment with the Mahama regime cost the NDC in the previous election. For an NDC candidate to be successful, they need the full, avowed and unabashedly vociferous support of the “World Bank”.

Delegates will also be looking for a candidate who can successfully take on incumbent President Nana Akufo-Addo. The ability to carry the NDC back to the presidency will loom large in their minds.

At tihs point, any candidate with the ability to bring together all the gaping factions within the NDC will go far.

Political campaigns need financial resources to fuel the long haul journey. Campaign cash is critical to the survival of a presidential campaign. In a country where patronage and political clientelism are a major part of the political process, the stakes are even higher if one is to survive the cattle call.