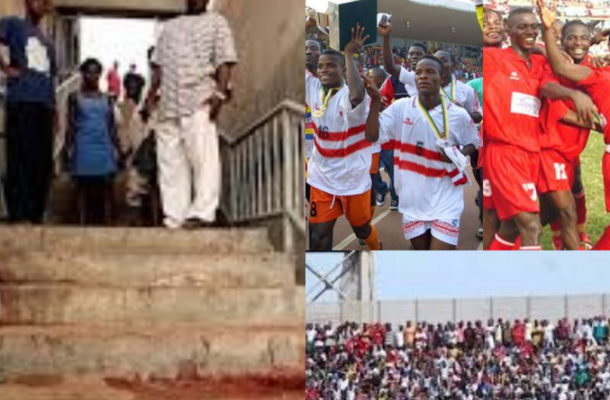 Former Asante Kotoko defender Godfred Yeboah has bemoaned the lack of any lessons learnt since the May 9th Stadium disaster some 19 years ago.

He says fans still take things for granted and resort to hooliganism whenever things do not go their way.

According to Yeboah, a lot of incidents in the Ghana Premier League this season suggests that football fans have still not learnt anything from the deadly disaster that occurred at the Accra Sports Stadium.

Godfred Yeboah aka TV3  during his playing days was on the pitch for Kumasi Asante Kotoko when they lost to Accra Hearts of Oak on that particular day.

After the game some livid Kotoko fans who claimed were cheated resorted to hurling plastic chairs on to the pitch forcing the Police to fire tear gas into the crowd while the exits of the stadium were locked.

127 football fans lost their lives when they went to watch a football match at the Accra Sports Stadium with the former Kotoko player surprised with how some spectators still resort to hooliganism at matches.

“We haven’t learned anything serious from the May Night Disaster. Some fans are still misbehaving at various league centres which don’t sound well of us as Ghanaians.

“The game is not about hooliganism, its a game of Win, lose or draw,” he noted in an interview with sportsnetgh.

“I never thought Kotoko could loose 2-1 to Hearts of Oak on that May 9.

“We had quality team and we were confident of picking all the three points on that day. I still don’t understand how we lots that game.

Saturday March 9th 2020 was the 19th anniversary of the worst football disaster on the African continent.