Nogokpo is a place of justice, I epitomise where I’m from – Fifi Kwetey 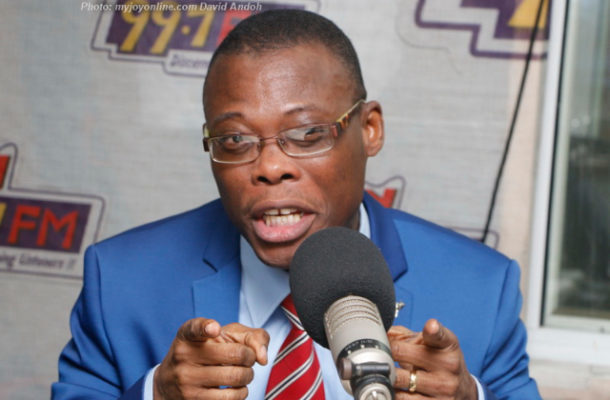 Former Member of Parliament (MP) for Ketu South, Fifi Fiavi Franklin Kwetey, has asserted that people misconstrue the nature and concepts of the infamous Nogokpo town.

Nogokpo is a small village located in the Ketu South municipality of the Volta Region of Ghana along the Trans-West African Coastal Highway. It has widely gained the reputation to be a constructive community with a strong presence of spiritual deities. Hence, at the mention of the name, people tend to cringe.

However, speaking to Rev. Erskine on the YLeaderboard Series aired on Y107.9FM’s ‘Myd Morning Radio Show’, the former Ketu South MP described such perception as an exaggeration.

“To an extent, I think people do exaggerate about Nogokpo. People have this whole impression that it is a place where you go when you want to kill people. But not at all. It’s actually a place where let’s say it this way, if you do anything that is wrong against people, they’ll give you an opportunity to make amends. If you steal somebody’s stuff and they report you, they’ll give you an opportunity to make amends and let your family know that you’ve been given an opportunity. But if you refuse, that is when these things come in because you’ve decided to reap your own desire. So I call it a place of justice,” he said.

Mr Kwetey further explained that his point of view in life is ultimately centered on the cultural heritage of the community. He challenged Ghanaians and Africans at large to hold on to their values and heritage.

“For me, I think I epitomise exactly the spirit of where I’m from. I fight for what is right, I stand for truth. I think if Africans can actually understand a bit more of those original values, the degeneration we’re seeing on this continent will not have been. I think the undercover of all these is for Christianity to simply oversee a complete degeneration of our society. A society where truth doesn’t matter anymore. Where people pretend to know God but it’s just a form of godliness but the substance is absolutely nothing. That is the fundamental reason this continent is having problems,” he added.

Mr Kwetey was until January 6, 2017, Ghana’s Minister for Transport when the Mahama-led NDC handed over power to the Akufo-Addo-led New Patriotic Party (NPP).

He had before then served in different positions in government, beginning as Deputy Finance Minister in the then Atta Mills-led NDC government, he went on to become a Minister at the Presidency and Minister for Food and Agriculture, under the last NDC government.