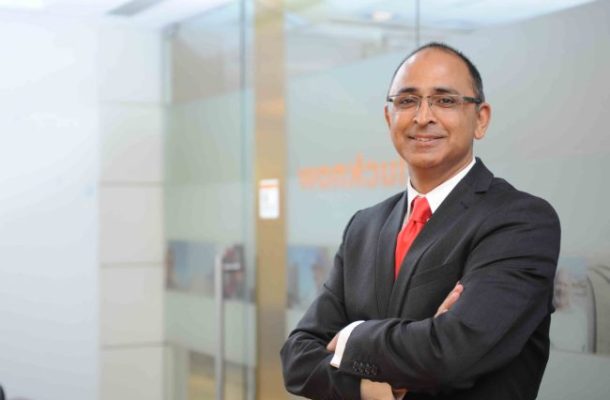 South Korea may be in a leadership position in the global market for 5G broadband, Nokia’s Asia Pacific and Japan head said last week.

Korea aims to be the first to unveil the next-generation network 5G -- which can deliver data 1,000 times faster than long-term evolution -- in time for the 2018 PyeongChang Winter Olympics.

The successful launch of the technology, being developed by local telecom operators in partnership with Samsung Electronics, Nokia, Ericsson and NEC, is critical for Korea in beating out other nations to seize the leadership.

Japanese NTT Docomo, China Mobile and US Verizon are currently spurring the development of 5G broadband.


“Korea has a track record of being the first in the world in 3G and 4G, so why not 5G?” said Sandeep Girotra, Nokia’s senior vice president in Asia Pacific and Japan, in an interview with The Korea Herald.

“The nation has the right mix of ingredients -- government support, infrastructure and technology. If not Korea, it is hard to imagine other countries doing that,” Girotra added.

Nokia, a former leader in the global phone market, began providing network services for Korea’s three telecom operators SKT, KT and LG Uplus since 2012 although it pulled out of its phone business in 2013.

The Finnish tech giant has around a 30 percent market share in the network business here while Samsung Electronics and Ericsson holds 40 percent and 20 percent of shares, respectively.

The Nokia’s AP and Japan head said the company would continue to find business opportunities in Korea with its telecom operator clients.

Nokia held a conference on Wednesday to showcase public safety LTE (PS-LTE) network, which it launched nationwide here for the first time in the world in August, by inviting mobile carriers and government from 14 nations.

“We started creating a common understanding for using 4G broadband for public safety (at the meeting) and for bringing the application and device on a single platform to give light to a regulatory framework,” Girotra said.

The PS-LTE system is geared with all necessary mobile telecommunications to help public safety officials to immediately create an independent LTE network during cases of emergencies.

In Seoul, Girotra also met some clients for its network services for enterprises through Alcatel-Lucent, which it acquired in April of last year. Samsung Electronics is also one of Nokia’s clients for its enterprise service business.

“Samsung Electronics is one of our customers in enterprise business while being our competitor in network services. So we have to manage that balance in the market,” he said.

Girotra was named to his current post in August this year after having led the company’s Indian market since 2011.