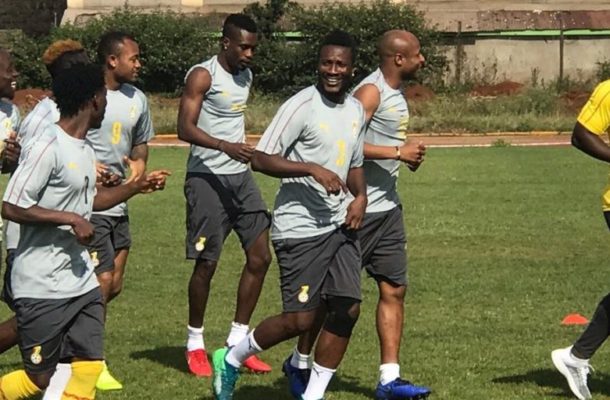 The Normalization Committee Ghana Football Association has denied reports that the Black Stars are facing organisational challenges in Naivasha, Kenya where they a preparing for the 2019 Africa Cup of Nations qualifier.

A statement on Thursday read: ''The GFA Normalization Committee’s attention has been drawn to publications by some media outlets alleging that the Black Stars team is stranded in the Kenyan city of Naivasha. The publications further suggest that the players and the technical team have been left to fend for themselves.

''We wish to state unambiguously that the said publications are a falsification of the bare facts.

''First of all, the Black Stars team did not pitch camp in Naivasha and cannot be stranded in a city they have not visited. The technical team and the players that arrived Monday morning in Nairobi were bused from Jomo Kenyatta airport in Nairobi to a 5-star City Lodge Hotel.

''Itineraries drawn to get the players to report to camp were done with the approval of each of the players and their respective clubs as well as the technical handlers of the Black Stars. Thus the assertion that flight tickets could not get to the players in time is untenable.

''Meanwhile all Nineteen (19) players invited are currently in camp at the team’s base in Nairobi. The Black Stars will depart for Addis Ababa Friday to continue preparations for Sunday’s Africa Cup of Nations qualifier against Ethiopia.''