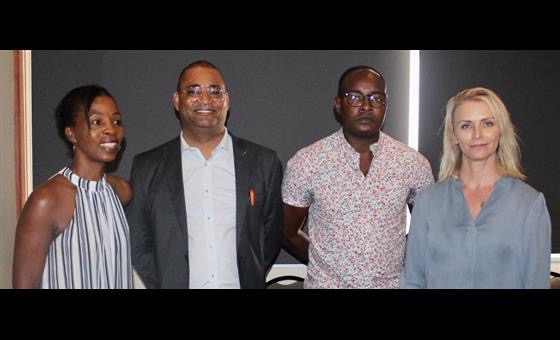 Basson-Namundjebo is a renowned businesswoman, Cosmos, Mwandingi and Katjioungua all legal practitioners whilst Ahrens heads the Namibia Athletes Commission.

“Today, this normalisation committee’s [members] are the bosses of football in Namibia and they will prepare and run football the way they see fit,” FIFA Director of Development for Africa and the Caribbean, Veron Mosengo-Omba said.

“It is the discretion and power of FIFA to decide who can be given the mandate for this. They report only to FIFA,” Mosengo-Omba added.

The normalisation committee will primarily act as an electoral committee and none of its members will be eligible for any of the positions in the elections. The committee will perform its functions until it has fulfilled all of its tasks, but no later than 31 May 2019.