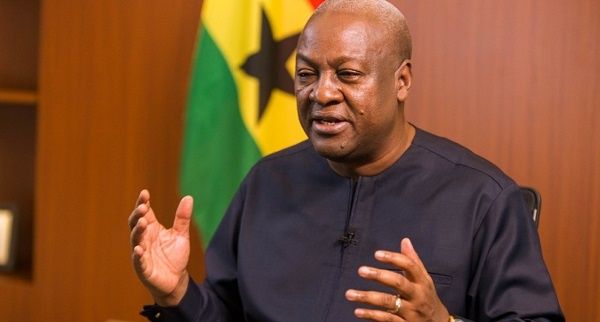 Director of Communications for the ruling New Patriotic Party (NPP), Richard Ahiagbah, has lashed out at former President, John Dramani Mahama, for allegedly attacking the Managing Director of the International Monetary Fund (IMF), Kristalina Georgieva over comments she made on Ghana’s economy.

According to the NPP communicator, former President Mahama’s comments against the integrity and competence of the IMF boss were “hypocritical, inimical and unfortunate, and therefore calls for condemnation.”

The IMF boss on September 5 disclosed that Ghana’s economic crisis had been caused by “exogenous shocks” from the COVID-19 pandemic and Russia-Ukraine war rather than bad management as claimed by the former President and his party members.

“First the pandemic, then Russia’s war in Ukraine, and that we need to realise is not because of bad policies in the country, but because of these combinations of shocks, and, therefore, we have to support Ghana,” she stated on the sidelines of the Fund’s engagements with the Ghanaian delegation.

The IMF boss’ assessment, it appeared, did not sit well with the former President who swiftly took to his Facebook handle to vent against the IMF representative.

Mr. Mahama, in his post on Facebook said: “While the norm in international diplomacy of being guarded in what one says is appreciated, comments by high-ranking officials must be grounded on facts that take into consideration local realities and opinions.”

He went on to question the Fund’s ability in prescribing appropriate remedies for Ghana’s economy by noting that: “International diplomats must consider these facts and not just ignore them; lest they make wrong diagnosis and prescribe inappropriate remedies.”

However, Mr. Ahiagbah, who found the comments of the former President worrying, hit out at him, accusing him of double standards while making illogical propositions especially when he (Mahama) had earlier insisted on government approaching the Fund for a bailout.

“We find the current position of the 2020 NDC flag bearer very hypocritical and inimical to the welfare of Ghanaians. It sounds illogical for the person who took Ghana to IMF in 2015 and insisted in 2022 that the country goes back to IMF to suddenly turn around and question the ability of same institution to prescribe the right solutions to our problems, just because they have exposed his unpatriotic, ill-motivated, position on the economy,” he stated.

According to him, the IMF did not have the policy of saying nice things about countries that seek their support as claimed by the former President, because they (IMF) did not say same about Ghana’s economy in 2015 when the John Mahama-led government requested for a bailout.

“It is now overly clear that John Mahama and his NDC cronies are against anything that can avert the current challenges we are all facing as a nation,” he averred, while expressing optimism that “the positive remark of the IMF is an indication that they are most likely to give the Akufo-Addo-led government a mouthwatering support with favourable conditionalities.”

Mr. Ahiagbah also opined that Ghanaians are discerning, “know who have better economic policies to get Ghana out of these difficulties and also know who to believe and will therefore work hard to support government so we win together.”