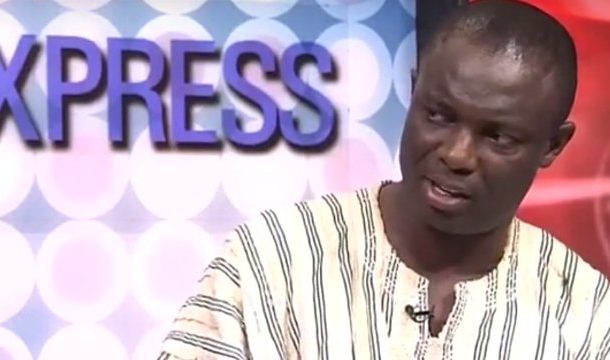 The New Patriotic Party (NPP) is confident it can fulfill its promises to significantly cut taxes despite huge debts by the John Mahama-led administration if it wins power in December.

NPP Obuasi West Member of Parliament and a member of the Parliament’s Finance Committee, Kwaku Kwarteng, says although an NPP administration will need a vital inflow of finances to run the country, it will not burden Ghanaian businesses with taxes as the governing National Democratic Congress (NDC) is doing.

The NPP strategy, he said, would be reducing public expenditure and corruption.

He spoke on current affairs programme, PM Express, that aired on the Joy News channel on Multi TV, Tuesday.

The opposition party said in its 2016 manifesto that if given the nod to govern the country, it will shift focus from excessive taxation which the current administration has adopted to production by reducing the corporate tax rate from 25% to 20%.

The NPP also said it will remove import duties on raw materials and machinery for production within the context of the ECOWAS Common External Tariff (CET) Protocol abolishing the Special Import Levy; abolish the 17.5% VAT on imported medicines not produced in the country; abolish the 17.5% VAT on Financial Services; abolish the 5% VAT on Real Estate sales; abolish the 17.5% VAT on domestic airline tickets; reduce VAT for micro and small enterprises from the current 17.5% to the 3% Flat Rate VAT; introduce tax credits and other incentives for businesses that hire young graduates from tertiary institutions, and review withholding taxes imposed on various sectors (including the mining sector) that have constrained the liquidity of businesses in Ghana.

These tax policies, according to Mr. Kwarteng, are empowerments to provide an enabling environment to businesses to facilitate the generation more economic activities.

“This will deal with unemployment and also help raise revenue,” he said.

He said the NPP has looked at the current numbers closely and is convinced it can better manage the economy.

He cites the misapplication of the country’s procurement laws as an avenue government officials under the current administration are using to rob the country of much-needed funds to run the country.

He alleged that the current administration has on countless times abused the sole sourcing provisions in the procurement law in order to cover up for the bloated expenditure of projects.

“They have turned sole sourcing into the norm and all these big projects have been done through international sole sourcing,” he said.

According to him, instead of advertising for competitors to come and bid for projects, government officials engage with only one vendor, negotiate a shady deal  and get kick backs.

The report shows that about GHC5 billion has been added to the public debt since May this year.

However, speaking on PM Express, Mr. Kwarteng said the NPP government will be committed to putting the country back on track notwithstanding these stark economic realities when it gets the chance to run the country.

“Ghana is not a poor country. It is mismanagement that has brought us here,” he said.