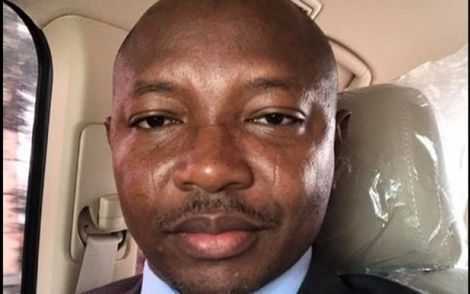 The last four years of the ruling New Patriotic Party (NPP) Caucus in Parliament has suffered autocratic leadership according to the claims of former Member of Parliament for Kumbungu Constituency on the ticket of the opposition NDC, Ras Mubarak.

He posited that the members from within the ruling NPP Members of Parliament have not been happy about the autocratic way the party’s caucus is being run in Parliament, especially over the last four years.

“As far as I am concerned, members from within the NPP MPs have not been happy about the way they are running their caucus. The caucus has been run in an autocratic manner over the last 4 years,” the NDC former MP claimed.

Speaking on Okay FM’s 'Ade Akye Abia' Morning Show, Ras Mubarak buttressed his claim saying that the members of the NPP Caucus in Parliament, especially the older ones are not happy about the selection of their current crop of leaders.

“The selection of their current crop of leadership, apart from Hon Kyei Mensah Bonsu who is an experienced Parliamentarian and Afenyo who is also good, as well as the Chief Whip, the third gentleman who has been selected as the 2nd Deputy Chief Whip, from within their own ranks, they are not happy,” he claimed.

“People have been in Parliament all these while and somebody comes out of nowhere and you propel him to the position of the 2nd Deputy Chief Whip and so that alone angered a lot of people in their caucus. If they don’t know, they should investigate,” he indicated.

He, however, feared that the kind of mistrust and distrust among the New Patriotic Party (NPP) Caucus in Parliament will get out of hands if they are not careful and address them immediately.