NPP delegates must be wise; Blay’ll take back his ‘419 buses’ if he loses - Anyidoho 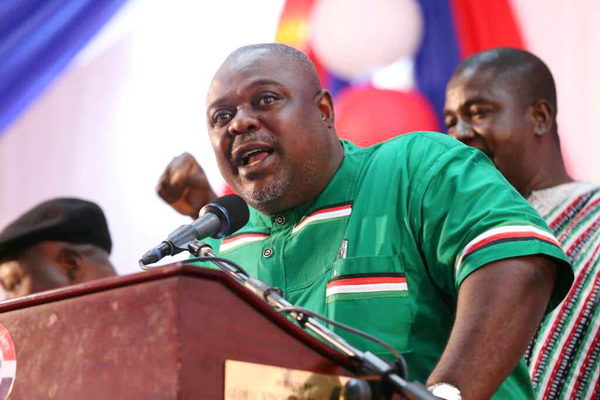 Controversial Deputy General Secretary of the opposition National Democratic Congress(NDC), Koku Anyidoho has advised delegates of the New Patriotic Party (NPP) to be reasonable on who they vote for ahead of  the party's congress.

His comments comes after the Leading contender in the Chairmanship race and Acting Chairman of the NPP, Freddy Blay delivered the 275 buses he promised party offices.

According to Mr. Anyidoho, Mr. Blay is seeking to swindle delegates with his 275 buses arguing the gesture is a sham.

He insists Blay is a deceitful politician and only set out to trick the delegates to vote for him under the guise of supplying buses to all the constituency branches of the NPP.

According to Anyidoho, the latest twist in the deal bringing onboard the Intercity STC Coaches Limited to manage the vehicles is a red flag for the delegates to realise that Blay’s 275 buses is a 419.

“Look at this kind of Kwaku Ananse story that you’re  telling us. So now you as an individual you’re buying buses, giving it to the state-owned STC to do business and open account for the constituencies; is it possible? So it just tells you that Freddy Blay is lying. He knows that he’ll lose come Saturday, that is why he’s decided to give the buses to STC and not give to the constituencies as promised earlier so that when he loses in the contest taking back the buses will not be a problem for him. That is the master plan; why won’t you parade the buses on Saturday at the voting grounds so that after the polls every constituency will take their bus to their branch to start business. He obviously wants to take the delegates for granted and the NPP delegates should be wise.” he told host Kwaku Owusu Adjei on Anopa Kasapa on Kasapa 102.5 FM Thursday.

Mr Blay, who is seeking the mandate of delegates of the party to be the substantive chairman in the primaries scheduled for Koforidua in the Eastern region over the weekend had promised buses for each constituency across the country to help the party to raise internally generated funds.

Richard Nyamah, Spokesperson for Mr Blay, told the press that the fleet of buses is to be managed by the Intercity STC Coaches Limited.

He made this known at the Tema Port after taking delivery of the Toyota Hiace 2.5L Diesel High Roof buses estimated at $11, 412, 500 in total.

Mr Blay had said previously that the party cannot continue to depend on voluntary donations, hence his gesture.