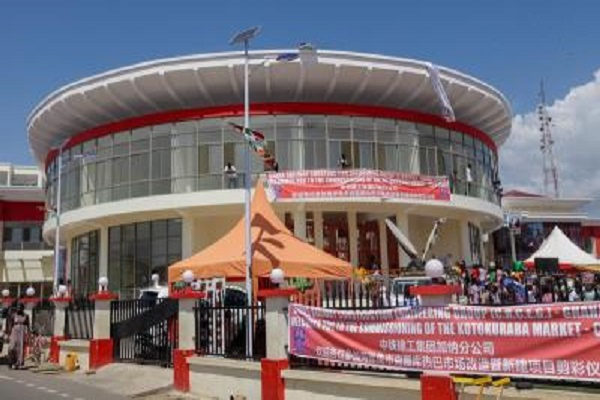 Some residents of Abura and Cape Coast in the Central Region have accused executives of the ruling New Patriotic Party (NPP) for allegedly allocating stores at the Kotokuraba and Abura markets in the metropolis only to members and sympathisers of their party.

Some residents who spoke to Kwame Minkah, co-host of Dwaboase on Power 97.9 FM‘s broadcast event at Abura lamented what they described as “selective way” of sharing the stores in the state of the art markets.

The traders disclosed that before the construction of the Abura market, the second largest and busiest market in Cape Coast, under the erstwhile Mahama administration, some individuals registered with the city authorities for the stores, but the arrangement changed when the NPP government assumed power in 2017.

“Some of us took the necessary steps to get our stores but the NPP executives have decided to allocate the stores to their cronies and people who supported their campaign,” one of the frustrated market women disclosed.

Others who also spoke at the programme told Kwame they had made some financial commitment as is usually done but they are yet to get the stores, claiming they have been sidelined because they are not frontline members of the NPP.

Notable among the names the residents mentioned was the Metropolitan Chief Executive of Cape Coast, Ernest Arthur, who they alleged is behind the allocation of the spaces.

They further expressed their disappointment in the Akufo-Addo government for denying the rightful owners of the market they (the NPP) never constructed.

The market, which is situated at Abura within the Cape Coast Metropolis, is a World Bank-sponsored Urban Development Grant project that started in 2014 under the National Democratic Congress (NDC) administration.

It has about 88 lockable stores and modern sanitation facilities that would ease marketing in the coastal town.

It was inaugurated in December 2017 when the NDC had exited power.