NPP Primaries: Subin MP hot as NPP members vow to campaign against him 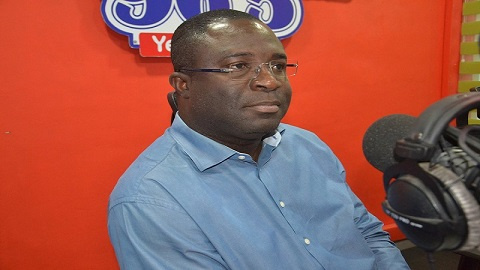 Disgruntled members of the ruling New Patriotic Party(NPP) in Subin Constituency in the Ashanti region have vowed to campaign against incumbent MP, Eugine Boakye Antwi who has been re-elected as Parliamentary candidate for the area in the December 7 parliamentary elections.

Addressing a news conference at Adum in Kumasi, the party delegates questioned why Frank Kwadwo Fuodu’s name was expunged from the three aspirants cleared by the regional vetting committee.

The group again described the re-election of the Deputy Minister of Works and Housing as Parliamentary Candidate for the constituency as illegal sighting a high court injunction on the primaries which was ignored by the party.

Speaking to the media the group threatened to lead a massive campaign in the constituency against the supposed elected PC if their concerns are noted addressed.

Sitting Member of Parliament for Subin Constituency, Eugene Boakye Antwi, won the New Patriotic Party (NPP) primary for the second time in an election the Electoral Commission failed to supervise.

The Commission’s absence was due to an injunction secured by some delegates of the constituency and served on the EC.

With support from the Regional Executives, party executives in the area had to oversee the elections in the absence of the contender Joseph Boakye Danquah.

The party chairman in the constituency led party supporters mainly delegates to lift the hands of the incumbent MP in victory. This was after he polled 485 votes against 166.

On Friday, a court injunction was granted 50 delegates restraining the party from conducting the elections.

According to party sources, the Electoral Commission and other interested persons were rightly served, hence the refusal of the EC to show up for the elections.