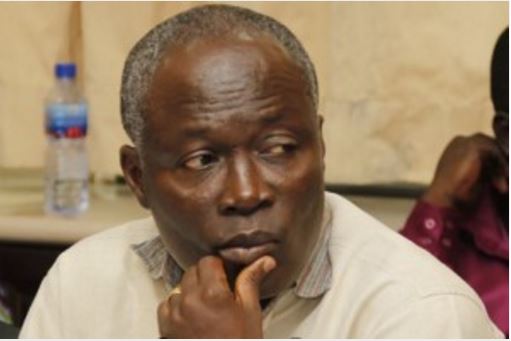 Supporters of ruling New Patriotic Party (NPP) have directed their fury at the Minister of Youth and Sports Nii Lantey Vaderpuije, for making mockery of the party’s flagbearer at the National Democratic Congress (NDC) campaign launch in Cape Coast on Sunday.

They alleged that Nii Lante Vanderpuije is not a true Ga, for that matter he is not a true Ghanaian and that if he is, he would have known that Gas and largely Ghanaians are not very tall.

“We are mostly of average height. Like Nana Akufo-Addo or myself. We all know that people from Mali are very tall. But Ghana is not seeking a Malian president. What we Ghanaians boast of is wisdom, sense, skill and talent. No wonder nana Akufo-Addo is too strong for them. Nana Akufo-Addo has wisdom. What he can see sitting down, when the tallest person in NDC climbs the tallest tree in the world, he/she wouldn’t see”, Czar Alexander said.

The Minister, who took his turn to address supporters of the party at the event, mocked the physical height of main opposition leader Nana Akufo-Addo.

“The presidency is not for short people,” he told a gathering of party faithful at the Cape Coast stadium in the Central Region.

But NPP supporters, who are not too unhappy with his comments especially as the country races towards the final lap of the December 7 polls, want the former sports commentator to retract and apologize for his insulting comments.