NPP to charge GHS20K as filing fees in ‘orphan constituencies’ 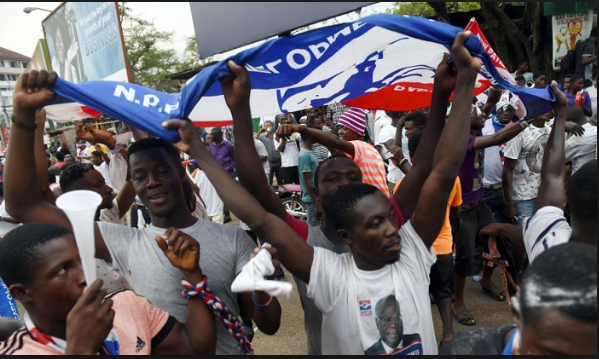 The fee is a 100 per cent increment from what was charged in the 2015 parliamentary primaries of the party.

Women, the youth and physically challenged persons will however enjoy a 50 per cent reduction in the filing fees, meaning prospective candidates will have to pay 10,000 cedis.

The move, the party explained, is to encourage women, the youth and the physically challenged persons in the party.

All aspirants will first have to pay a non-refundable fee of 2,000 cedis for the nomination form.

The fees and other decisions were taken at the party’s national steering committee meeting on July 9, a statement issued by the NPP General Secretary John Boadu said.

Nominations shall open on July 20 and end on August 3 while the primaries in the orphan constituencies (constituencies without NPP sitting members of parliament) have been scheduled for September 28 across the country.

The party’s National Parliamentary Appeals Committee shall receive petitions from disgruntled or disqualified aspiring candidates from August 20 to August 23, after which notice of polls will be published August 31.

The party warned against any attempt to deny any aspirant the right to pick nomination forms, adding “Should an aspirant suffer any obstruction in the final filing process at the constituency level, he or she may file at the Regional Secretariat or National Secretariat at the office of the General Secretary”.

Also, the statement said all Constituency Secretaries shall publish, at the close of nomination, list of all applicants who have successfully filed their nominations to contest in the primaries.