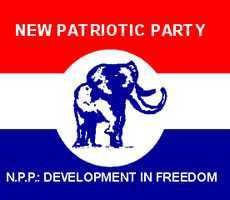 The women’s organizer for New Patriotic Party(NPP) in the Lower West Akim in the Eastern region, Comfort Boadu is dead.

The sad incident confirmed by some family members of the deceased occurred last night.

The deceased reportedly, the wife of Seth Oduro Boadu, the National Treasurer of NAGRAT was said to have complained of illness, but died on the way to the Asamankese Government Hospital.

The NPP constituency Secretary, Michael Asante described the death of the Women’s Organizer as a big blow to the party in the area.

“The receiving of the news was more than a shock to all the party members at all levels-from polling station to the national level. It’s a great lose indeed. Her work is beyond definition and what she had on hand to do ahead of the elections is so great that it’s unfortunate this has happened; we’ll feel her absence,” he told Accra-based Citi FM