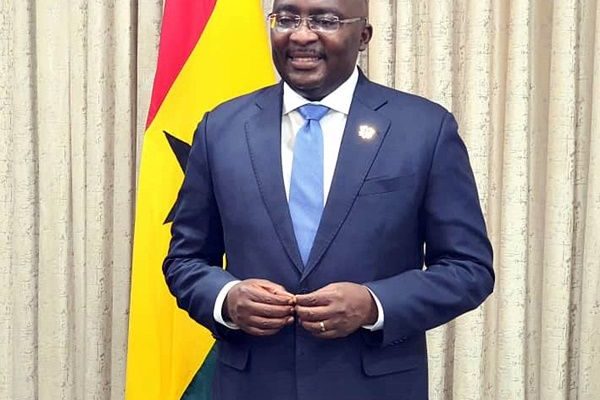 At the end of the polls in the polling stations, electoral areas, constituencies and regional (with the exception of Central Region); the results forcefully affirm the attainment of a significant objective by Team Bawumia, that is, the patent distinguishing/ dissociation of the Bawumia brand from the Akufo-Addo's.

Thereby, effectively collapsing the persuasive perception that has been peddled by opponents of Dr Bawumia within and without, to the effect that, Bawumia's Presidential aspiration is/was a veil behind President Akufo-Addo's.

Indeed, the extent of acceptance and resolve to align with or rally behind Dr Bawumia as was demonstrated in the just-ended polls by party members from both sides of a decade-old faction suggest strongly and positively, an impressive perception of Dr Bawumia as a unifying politician. It is hopeful that, he would reign politically with this essential credit.

Worthy to note in this contest is the swiftness with which the vanquished would express beautiful sportsmanship as seen from the famous 'Dagomba Boy' of Tamale etc as well as how the victors in these elections would express their seemingly heartwarming affection for Dr Bawumia.

For instance; the elected Ahafo regional chairman reportedly described Dr Bawumia as 'an asset of the NPP'; whereas the elected Regional Chairman of NPP's stronghold will appreciate Dr Bawumia with some good choice of words such as 'prominent, eminent.' Similarly, the elected Youth Organiser of NPP Greater Accra heartily posted a photo on his Facebook and captioned it with words suggesting his express endorsement for Veep Bawumia - 'with the next President of the Republic of Ghana.'

In the same vein, the elected Youth Organiser of Ashanti Region shared a photo he had with Dr Bawumia to express his heartfelt appreciation for him. On the contrary, it is reported that one aspirant Abraham Boadi who rudely described Veep Dr Bawumia as not known in the NPP, struggled to secure 11 votes in the just-ended elections. In fact, at one polling station/zone with a total vote of 167, he recorded ZERO (0).

The absence of blame against any phantom 'incumbency advantage' by those who lost is not only easily noticeable but something to ponder over. Indeed, the demonstrable commitment to Unity by the winners such as Samba, Wontumi etc in their decision to visit homes of contenders who lost to them is much commendable.

However much that these notorious facts from the just-ended polls should be very concerning to opponents of Dr Bawumia; the results affirm the reasoned fact about the 2024 elections, that the NPP cannot by-pass Dr Bawumia.

Essentially, what is certain as well from these results are the considerable efforts, and commitment - which are very good leadership traits with which Dr Bawumia is oftentimes, credited. Instructively, Dr Bawumia is becoming, in strict political sense, a formidable force.