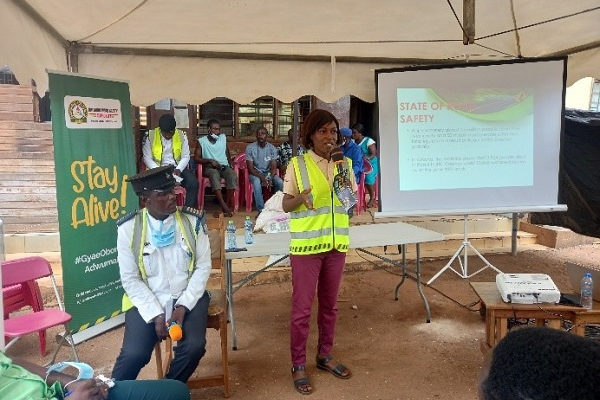 This, she said, could be achieved through specific and proven interventions as well as coordinated enforcement with Motor Transport and Traffic Directorate and Driver and Vehicle Licensing Authority to ensure the safety of road users.

Ms Apronti was speaking to the Ghana News Agency in an interview at Goaso in the Asunafo North Municipality of Ahafo Region about measures to prevent loss of lives through road crashes.

She said the regional office had intensified road safety education on the radio to engage road users through phone-ins, mass education at lorry terminals, schools, churches, mosques, communities, and markets as well as identifying and working with key stakeholders.

Ms Apronti said the regional office, together with stakeholders, had deployed personnel to assist pedestrians to access public roads safely, especially during peak hours as a measure to tackle the issue of non-signalized junctions.

Touching on the region's statistics, she said some of the interventions had yielded results because the region recorded 145 road crashes from January to July 2021 as against 104 crashes in the same period of 2022, representing a 28 percent reduction.

Ms Apronti said 243 injuries were recorded from January to July 2021 as against 162 injuries during that time in 2022, signifying a decrease of 33 percent.
Highlighting some challenges in the region, Ms. Apronti said the use of tricycles, which has become the commonest means of local transport, had brought problems such as underage riders, unapproved manoeuvres, and stops.

She said some motorcycle riders too had been identified as riding without license and most not wearing helmets while timber trucks exceeded load limits.