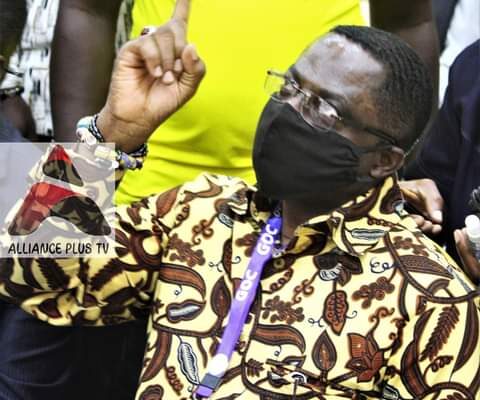 The National Sports Authority(NSA) is the latest to congratulate Mr Ben Nunoo Mensah, who has been re-elected as the President of the Ghana Olympics Committee.

The NSA expressed its "heartfelt congratulations" to the man who won Monday's election by 7 votes to lead the GOC for another 4 years.

A statement signed by the NSA Technical Director Prof. Peter Twumasi also extended it's congratulations to the all the elected executives of the committee.

"It is expected that your outfit will continue to collaborate  with Goverment of Ghana through the Ministry of Youth and Sports and the Sports Authority, in order to ensure an efficient preparation towards all International Games such as the Olympic and the Commonwealth Games," the NSA said in a statement. 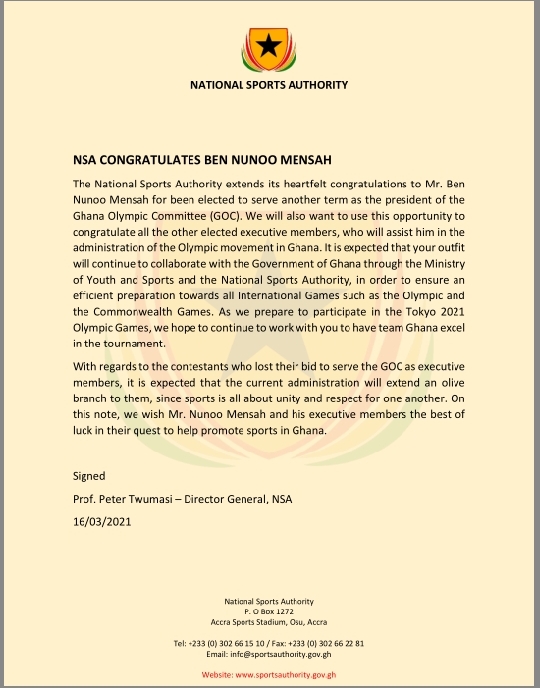