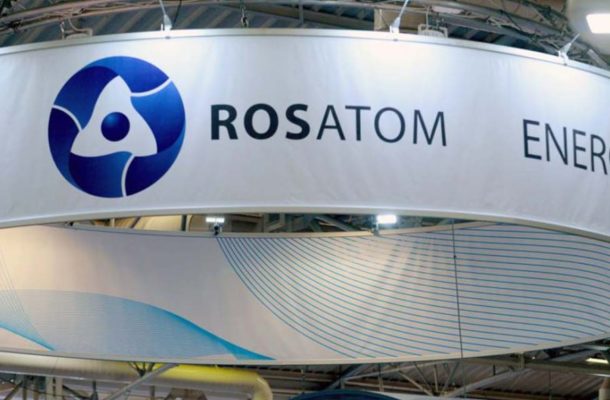 Rayan Collyer, acting CEO of Rosatom Central and Southern Africa, focused on comprehensive solutions and various technologies for the treatment of water offered by Rosatom based on its vast experience in water treatment and desalination.
The tech talks were held in the framework of the Nuclear Section recently launched by SAIEE in a partnership with Rosatom.
“South Africa is approaching physical water scarcity by 2025, and its socioeconomic development has been directly hampered by the recent drought and the country is expected to face a water deficit of 17% by 2030 based on the current usage trends, and this shortage will only be worsened by climate change, - comments Dr Hlamulo Makelane, research fellow at the Nelson Mandela University ”.
The International Atomic Energy Agency (IAEA) says that only nuclear reactors are capable of delivering the copious quantities of energy which will be required for large-scale desalination projects in the future. The existing Rosatom offer encompasses desalination facilities that employ multi effect distillation technology and are integrated into a nuclear power plant. Such installations use steam that has already been used for electricity production.

The simultaneous production of electricity and desalinated water at Nuclear Power Plant (NPP) has proved its effectiveness thanks to a number of advantages: relatively low costs, sustainability (the use of a rather small amount of chemicals for the desalination process) as well as «economies of scale». The NPP produces large amounts of heat and steam, which is why a desalination facility integrated into a nuclear power plant is capable of ensuring supplies to areas with a population of up to 1 mln. people.
A facility of this kind with a capacity of 10,2 thousand m 3 per day was commissioned at the Kudankulam NPP in India, which was constructed by Rosatom. The purpose of the project was to obtain the water necessary for cooling during NPP operation, as well as to ensure drinking water supplies to the population centres located nearby.

The latest Rosatom developments in water treatment include mobile water treatment and desalination units which were introduced into South Africa at Africa Energy Indaba Forum in March this year. The mobile water treatment solution is a fully containerized system that is mounted to the back of a standard one ton pickup truck. The units require very little set up and can be operational within 6 minutes. They can be deployed along rivers, dams or even the ocean. Clean water can then be distributed at the site of treatment or can be transported by tanker and distributed to nearby residents.used as an intermediate solution for
urban and rural areas that don’t currently have access to clean water or are experiencing
water disruptions due to failed infrastructure.
The key challenge of water scarcity in Africa is an access to adequate water resources.
A lot of energy is required for desalination of sea water, as well as for operation of the large pumping stations to move fresh water from rivers to consumers.” says Rayan Collyer.
ROSATOM has unique experience in the field of nuclear desalination, as well as the high-tech production base and the rich experience in creating world-class engineering facilities.
Our aim is to give people access to clean water to improve living standards in Africa or
elsewhere in the world.”

About Rosatom
ROSATOM is the only company in the world that has the resources and competencies to offer energy solutions
across the nuclear supply chain. It possesses a wide range of assets, including assets in design, construction and
operation of nuclear power stations, uranium mining, conversion and enrichment, supply of nuclear fuel,
decommissioning, spent fuel storage and transportation and safe nuclear waste disposal. Rosatom is also
engaged in the production of equipment and isotope products for the needs of nuclear medicine, scientific
research, and materials science, the production of digital and of various nuclear and non-nuclear innovative
products. The company’s strategy is to develop low-carbon power generation projects, including in the wind
generation field. Today the company brings together over 300 enterprises and organizations and over 250,000
employees.
The 75 th anniversary of the Russian nuclear industry The year 2020 marks the 75 th anniversary of the Russian nuclear industry.

Russia has always been a pioneer in the peaceful use of atomic energy. In 1954, Russian scientists launched the first nuclear power station, and today Rosatom already has three units with the latest 3+ generation reactors. Over three quarters of a century thanks to the Russian nuclear industry nuclear units have appeared in many foreign countries, and today Rosatom is the leader in terms of the size of its foreign portfolio. Rosatom has the world&#39;s only nuclear icebreaker fleet, the most powerful fast neutron reactor; it contributes to digitalization as well as nuclear medicine.

The South African Institute of Electrical Engineers (SAIEE) is a professional association representing
electrical and electronic engineers, technologists and technicians in Southern Africa.

Over a century,[2] the activities of the SAIEE have included publication, education, the promotion of electrical engineering, professional development of its members, public events, and participation in public debate affecting the profession, industry and society.