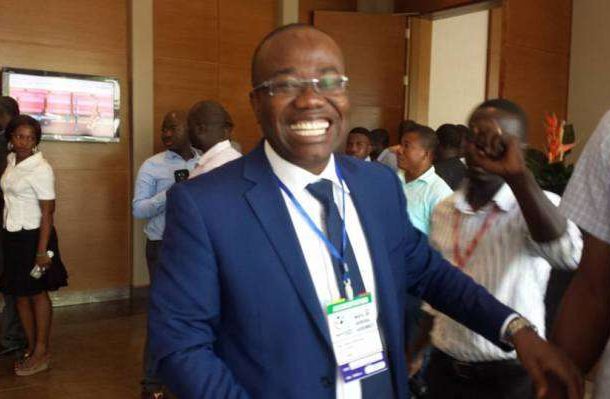 Former Chairman of the Ghana Football Association (GFA), Dr. Nyaho Nyaho Tamakloe has said it is the prerogative of Kwesi Nyantakyi to decide his future as head of the country's football.

The Ghana FA boss was voted onto FIFA Executive Council on Thursday during CAF's General Assembly in Cairo, and there have been calls for Nyantakyi to relinquish his position.

Nyaho Nyaho Tamakloe disagrees with those demanding that he resigns from his post.

He also revealed that he relinquished his position for Nyantakyi because he knew he could lead the affairs of the FA.

“I have known Kwesi Nyantakyi to be a hard working person and as a result of that, I relinquished my position as the chairman of the Black Stars committee and I asked him to take over.

"He is a very competent person and he has done very well to raise high the flag of Ghana and Africa to reach the top-most position in FIFA," the Hearts of Oak Board member told Joy FM.

He added: “I don’t agree with people calling on him to relinquish his position as the GFA president because we are found of created constitution and it is the constitution that will determine what should be done.

“We are now dealing with international bodies and there is nowhere in our constitution here in Ghana or at the FA in particular, that states when a person is elected democratically and he get to a higher position, he has to relinquish any position, neither is there any regulation in FIFA’s rule that will ask Kwesi to quit as the president of the GFA.

“If Kwesi chooses to step down, then that is his own decision but nobody can force him out as the president of the Ghana Football Association,” he stated.

Nyantakyi's tenure on the FIFA Executive Council begin on September 30 and end on March 17, 2017 when CAF will hold another Congress in Addis Ababa for another election.