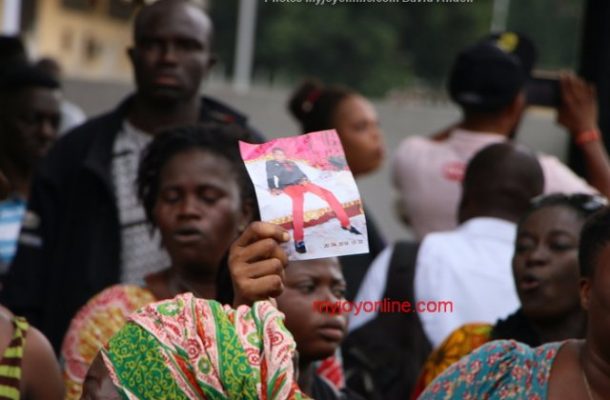 Supporters of the Founder of the International God’s Way Church, Bishop Daniel Obinim, are holding what appears to be a church service at the car park of the Nima Police Station.

Led by a man said to be one of the junior pastors of Bishop Obinim, the people are singing songs of worship.

Joy News’ Latif Iddrisu who visited the place disclosed the crowd is growing in strength as they have resolved to be closer to their spiritual father.

Bishop Obinim has been sent to the Nima Police Station where he will be spending Wednesday night after he was interrogated at the Police Criminal Investigation Department (CID) for flogging two church members and allegedly defrauding a man in a GHS11.6 million gold business scam.

Early today, attempts by his lawyer Samuel Atta Akyea to have the controversial Ghanaian pastor granted bail was rejected by the police who claimed they were not satisfied with information given them.

They have disclosed they would be processing him for court Thursday over the issue in which he flogged two church members in the full glare of his congregation.

A gathering by the supporters at the police CID office nearly resulted in a clash but the police used water cannon to disperse the crowd.

As a result one man was arrested for disrupting the work of the police. He is currently in their custody.