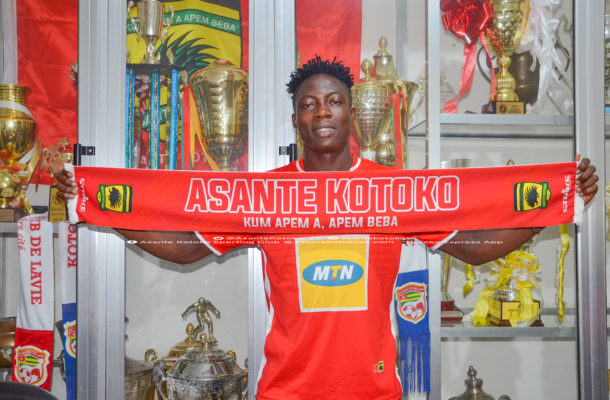 The versatile offensive player signed his contract papers at the club's secretariat on Thursday after passing his routine medical earlier on in the day.

Asante Kotoko reached an agreement with Medeama SC for the transfer of Justice Blay last week, but the deal was delayed to enable the player to go through all the pre-contract requirements.

The Porcupines will compete in the 2019/20 CAF Champions League, and the left-footed player, who hitherto was Medeama SC’s key asset, is regarded as one of the key arsenals for that task.

Though young, Justice Blay comes with a lot of experience as he has been a part of the Black Stars B team in recent years.