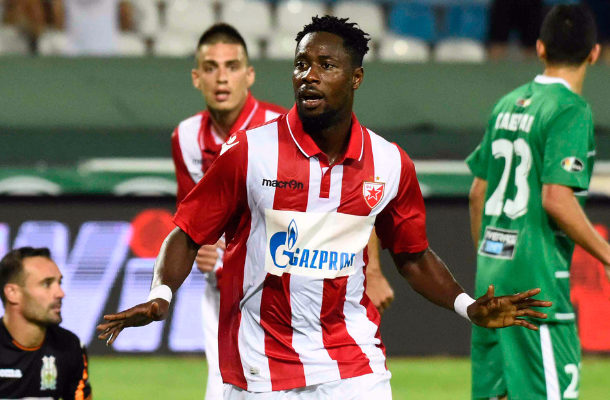 The Black Stars striker signed a two year deal with the Serbian champions after just seven months in China.

The 25 year old has struggled to replicate the form that saw him win several awards in Serbia after scoring only three goals in 15 appearances.

His return to the club will provide him the opportunity of playing in the UEFA Champions League after Red Star Belgrade reached the group stages by eliminating Red Bull Salzburg.

Boakye-Yiadom was a cult-hero in Serbia after scoring 39 goals in two season.