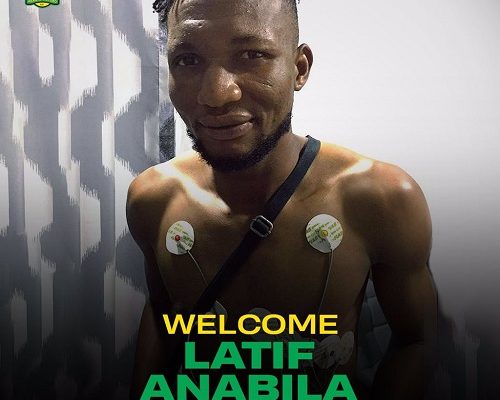 Experience midfielder Latif Anabilla has completed his move to Kumasi Asante Kotoko in 3 year deal, the club has announced.
The 26 year old joins the Porcupine as a free agent following the expiration of his contract with GPL side  Ashanti Gold.
He adds up to a set of experience players at the camp of the reds as they prepare to launch another Premier League and Africa-conquering campaign next season.

W e l c o m e L A T I F A N A B I L A
The Former Ashanti Gold SC midfielder joins us on a 3-year contract.#AKSC #WelcomeAnabila pic.twitter.com/cLwAwKxOun

He had been on the wanting list of Maxwell Konadu's side but after completing his medicals on Friday, the Black Star B midfielder is now in line to join the campaign of the Porcupine as they target to recapture Africa.

He is expected to strengthen the Kotoko squad as they prepare for the upcoming CAF Champions League and the domestic league season.