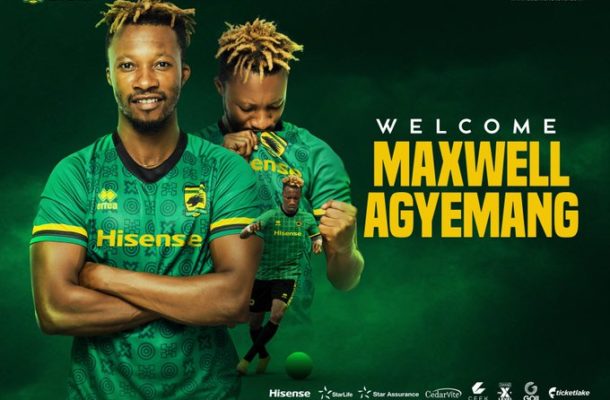 He has signed a three year contract with the porcupine warriors that will keep him at the club until 2024.

The player is regarded as one of the best center backs in the lower tier side with his performance for his side having attracted the attention of several clubs including Kotoko.

He has been on the radar of Dreams FC  for sometime now with reports indicating that the player was on the cusp of completing his medical exams with the Dawu based side.

But  Asante Kotoko have gazumped Dreams FC as they bid to replace Ishmael Abdul Ganiyu who has so far refused to extend his contract with the club which has expired.

Abdul Ganiyu has refused to sign a new contract with Kotoko following the expiration of his three year deal he sigend when he joined Kotoko from Karela United some years ago.

The club have in recent times showed they are not averse to shopping in the lower division with the likes of Kwame Opoku, Emmanuel Sarkodie, Francis Andy Kumi all joining from the Division One.

Maxwell Agyemang played all 30 matches for Wamanafo Mighty Royals last season attaining a single yellow card against Berekum Arsenal and scoring three goals for his side.