Kumasi Asante Kotoko have now made official the appointment of Moses Antwi Benefo aka PJ Mosey as the club's communications director.

It was one of the worst kept secrets as for so long it was apparent Nana Yaw Amponsah will name the former Happy FM Sports host as the communication's director.

He will need to do a lot to manage information flow and dissemination at the club as so many persons speak for the club in the media space on differing issues.

Time without number the bane for successive Kotoko management teams have been managing the expectations of the supporters.

An old student of Prempeh College in Kumasi and Wesley College where he studied Mathematics and Physical Education.

He taught for three years at Anyansu L/A Junior Secondary School in the Bekwai District of the Brong-Ahafo Region.

And later proceeded to the University College of Education Winneba, where his radio career took off in 2000.

He was a sports presenter on the campus radio station, Windy Bay. After school, he was posted to Sunyani for his internship and he taught at Odumasiman Secondary School alongside practising radio on Space FM and Sky FM.

Upon completing his service, he was recommended by a senior manager to the sports director of Fox FM and that ended his teaching career and the beginning of his radio career.

He has in the past worked with Space FM, Skyy FM, Fox Fm, Metro Fm, Hot Fm,Asempa FM,Happy FM and a multiple award winner.

PJ Mosey holds a Masters Degree in Journalism and Mass Communication honours in 2015 from the Sikkim Manipal University.

The new host of the Nhyira FM Sports show holds over 17 years experience in radio having worked in Sunyani, Kumasi and Accra.

He is currently a final year law graduate at the GIMPA Law School. 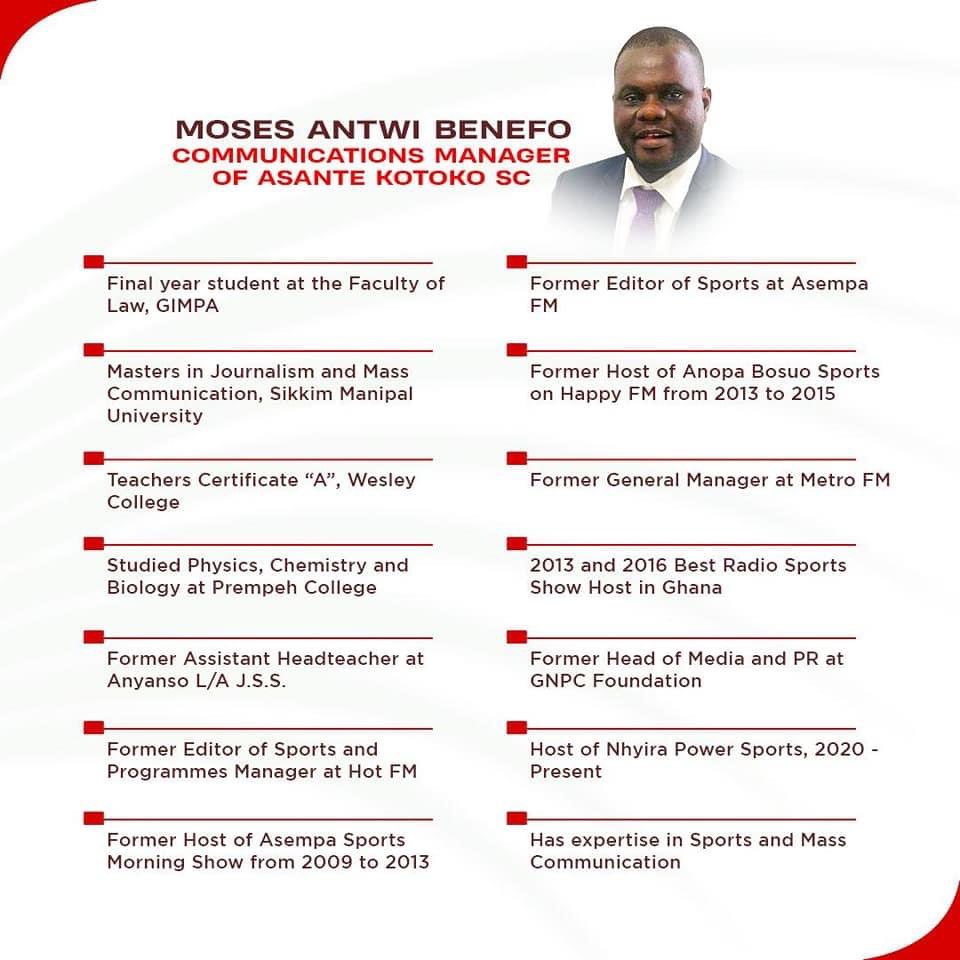