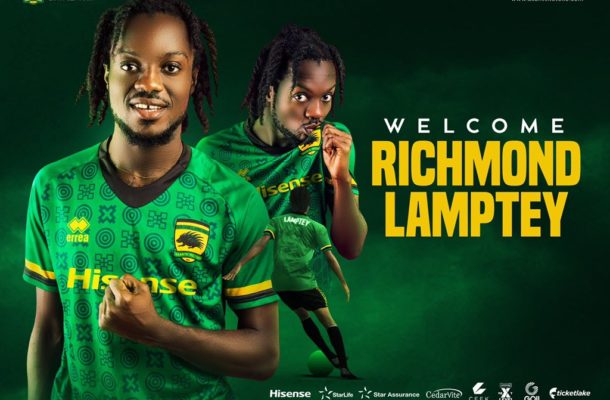 Kumasi Asante have announced their first signing of this transfer window with the capture of midfielder Richmond Lamptey.

The former Inter Allies midfielder joins the porcupine warriors on a three year deal which will take him to the end of the 2024 season.

Lamptey played for relegated Ghana Premier League side Inter Allies during the 2020/2021 season but was unable to salvage the club from the drop.

Kotoko have been negotiating with the player and his representative ProBall Ghana Agency but have today reached an agreement on the terms of the contract.

The porcupine warriors are expected to announce the signing of the talented midfielder in the coming days following the conclusion of all details.

He was an integral performer for Inter Allies despite their relegation where he scored three goals in 30 matches for the Tampico boys.

One of them was a peach of a goal against Hearts of Oak from about 35 yards into the roof of the net in a 1-1 drawn game.

The mercurial midfielder left WAFA SC in 2018 for Inter Allies on a free transfer  before embarking on a loan stint with second tier Lebanese  side Salam Zgharta.