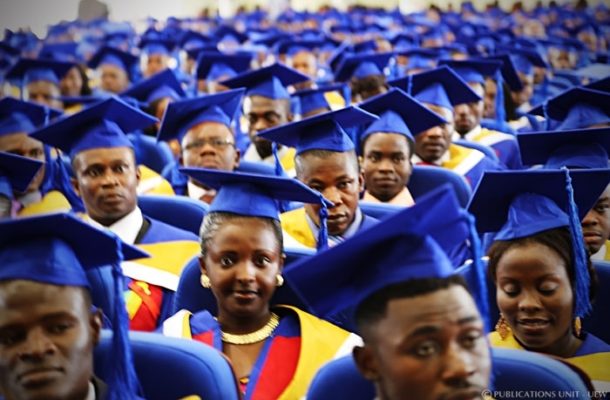 The management and academic board of the University of Education, Winneba has decided to postpone indefinitely the 2018/2019 graduation for Winneba, Kumasi and Ashanti Mampong campuses.

According to a statement released by the school,  the postponement is due to prevailing circumstances beyond their control.

It will be recalled that ghanaguardian.com earlier in the day reported that the situation is due to government's delay in reconstituting the University’s Governing Council which has the mandate to oversee the graduation ceremony.

The Council’s mandate expired on Wednesday 17th June but despite weeks of notice by the authorities of the University to the Ministry of Education and the National Council for Tertiary Education(NCTE), the Governing Council has still not being reconstituted.

The statement added that new dates for the graduation shall be announced as soon as the Governing Council is reconstituted for the University.

It however apologized for any inconvenience caused to all stakeholders especially students who were to graduate.

Over 15,000 students were expected to graduate from various departments and areas of studies with a Bachelors degree,Masters and PhD from 22-29 July, 2019 but they all may have to wait a bit longer. 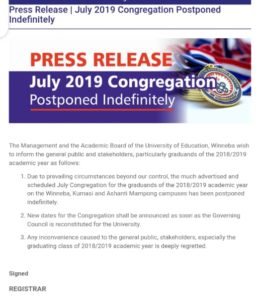 BELOW IS THE FULL STATEMENT:

The Management and the Academic Board of the University of Education, Winneba wish to inform the general public and stakeholders, particularly graduands of the 2018/2019 academic year as follows: