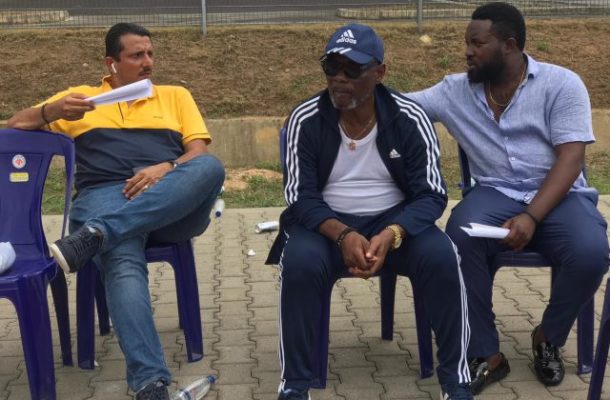 Officials of Inter Allies were in Nigeria to scout for players ahead of their tour in Denmark, ghanaguardian has gathered.

Technical director Willie Klutse together with club Champion Nasser El-Eter were in Nigerian city of  Uyo on Friday, were a scouting program was held.

The program was hosted by NFF Intermediary in the capital city of Uyo,at the Godswill Akpabio International Stadium (Nest of Champions).

Ten players were selected and are expected in Ghana this March ahead of the Inter Allies’s tour in Denmark this summer.

Omar, Klutse and Ojo Omamomo arrived on Thursday night and was received by the club director of Blessed Stars Football Academy at the Ibom International Stadium ahead of the program which was scheduled for Friday by 8am.

Inter Allies are already enjoying the services of Nigerien Import Victorien Adebayor , who is currently the top scorer in the Ghana Premier League, and set to beef up their squad in the ongoing competition.

The program which played host to top clubs and football academies in the state had in attendance Akwa United F.C., Blessed Stars Football Academy, FC One Rocket, Hope of Glory FC and Superstar FC, Uyo.

Mr Klutse during the program stated that there are numerous talented players in Nigeria and especially in Akwa Ibom that need to be given opportunity at the international level.

During the program over

The Chairman Akwa Ibom State House Committee on Youths, Sports and Security said that its looking forward to partner with clubs such as Inter Allies and agencies like OPO Sports Management Limited to strengthen sports in the state.