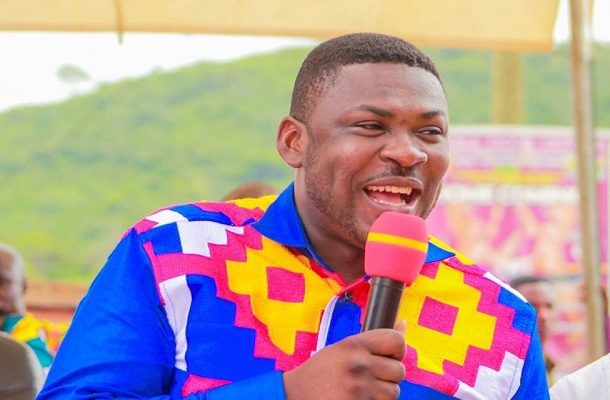 The District Chief Executive (DCE) for Okere in the Eastern Region, Daniel Kenneth, has touted his achievements since his appointment, saying the District is moving forward.

He has also expressed gratitude to President Akufo Addo for the opportunity given to him to serve in his first time.

According to him, Daniel Kenneth, under his tenure has worked towards the development of the Okere District with a plethora of completed and ongoing projects and credited the MP, Hon Dan Botwe for his tactical lobbying skills.

Outlining the projects, he said many of the major roads that link the entire district have been constructed where others are under construction.

He added that the construction of "Nkurakan-Asamang-Onyamebekyere-Kobokobo-Nsutam-Amanfro-Okrakwadwo-Nyensi camp-Mintakrom-Aya-Asenema-Kporfe-Asemketewa-Bepoase-Adukrom-Aseseeso-Akuni-Somanya Trom junction road begun this month, February 2021.

The DCE explained that this road is a major highway that serves commuters from Ashante Region, Eastern Region to Oti Region some parts of Volta Region especially Kpando, Hohoe, Ho and also join the entire half of eastern region to the Akosombo and Akwamu area.

He revealed that they are constructing teachers' quarters across the district to bring teachers closer to pupils, as well as providing K.G for each community.

He said Health facilities have been built and some upgraded with the construction of the District Hospital about to start, as 28 communities have been connected to the national electricity grid.

On sanitation, he said the major refuse dumps have been evacuated and a gradual household refuse collection has been established with both public and household toilet facilities built.

He disclosed that the youth in the area have been enrolled in the Youth in forestry program, Youth in community Police, NABCO, and the enrollment of over 400 youth into an apprenticeship program to equip them with skills to earn a living.

On Agriculture, he said there has been scaled up with the active wooing of large scale farmers through the land bank project and increase in free extension services.

"The setting up of a mushroom training center, benefits of PFJ, free supply of an accumulation of 87,000 cash crops to farmers (60,000 oil palm and 27,000 mangoes) in just two years. Reviving of the Okrakwadwo/Amanfro State farms under the GPSNP which currently employs 94 people with target cultivation of 50acres of oil palm for phase 1" he said.

On the construction of a multi-purpose sports complex and the support to 100 PWDs to earn a livelihood in just two years, he said the Okere District seeks to become the tourism hub and have launched the Okere Mountainfest (a tourism festival) with its last activity attracting over 3,000 patrons to Asenema Waterfalls.

"It is the host of a privately owned Safari Valley Resort the biggest resort in Ghana currently and expanding to be the biggest in West Africa, adding that "the gold mine of the District is its numerous attractions. A forest reserve with waterfalls at Abiriw, the birthplace of Okomfo Anokye at Awukugua and his early years wonders at Dedaku in Apirede, The Asenemawaterfallss, the slave trade market, and the beautiful hills of Abonse which is suitable for paragliding, the Okum Akwamu wonder stone at Apirede, the Akyeremateng and Nsutawaterfallss and the counter-terrorism training school (occasionally opened to tourist) also at Akyeremateng".

He said the District is actively seeking private partnerships to upgrade its potential, with more to come Okere is arguably becoming the fast growing District.

Daniel Kenneth concluded that in two years the official office building complex is almost complete with a few touches left to be handed over. 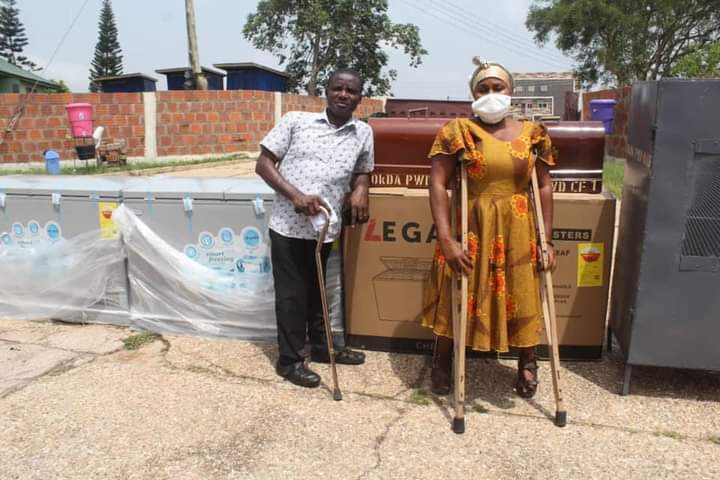