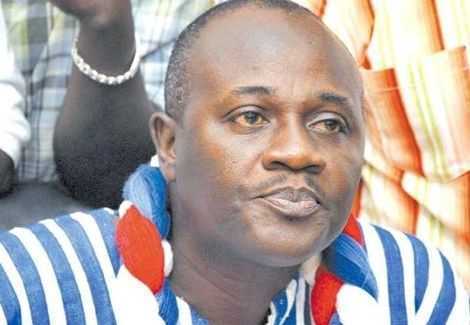 The Okere District Assembly has congratulated Mr Daniel Kweku Botwe on his new appointment as the Minister for Local Government, Decentralization and Rural Development designate.

Mr Daniel Kenneth, Okere District Chief Executive, in a statement copied the GNA, said "the appointment did not come as a surprise, as Mr Botwe had extremely performed as Minister for Regional Reorganization and Development in the last four years."

The statement said Mr Dan Botwe’s commitment, loyalty and love for the country was phenomenal and evident in his skillful deployment of effective tactics and strategies in supervising the creation of the six new regions to the admiration of all Ghanaians.

Describing him as a true homegrown politician, the DCE said Mr Botwe's disciplined and hardworking nature got him this far and expressed profound thanks to President Akufo-Addo for appointing and giving him the opportunity to serve in his second government.

The statement said the chiefs and people of Okere and the entire Okuapeman were elated that their MP was given the position and while wishing him well, added that they had full trust that he would deliver exceptionally for the benefit of Ghana.