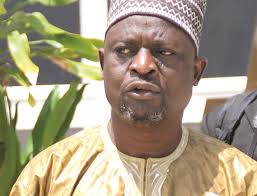 The Minority in Parliament has passed a damning verdict on the New Patriotic Party (NPP) government’s performance since the 7th December 2016 polls.Thursday, December 7, marks exactly a year since President Nana Akufo-Addo of the New Patriotic Party (NPP) polled 53.85 per cent of valid votes cast to become Ghana’s fifth president beating his closest rival, then-incumbent John Mahama.The NPP cruised to that victory on the back of a myriad of promises including free Senior High School (SHS), One-District-One-Factory, $1million per constituency and One-Village-One-Dam, among others.A year after the crucial elections, minority MPs believe it has been a year of “wasted opportunities and one of hopelessness”.Minority Spokesperson on Communications, Alhaji A.B.A. Fuseini tells parliamentary correspondent, Ekow Annan that the NPP has rather allowed impunity to thrive saying a National Democratic Congress (NDC) government could have done better.“NPP for one year is hopelessly uninspiring. They gave the people of this country a fundamental promise in the manifesto that he [Akufo-Addo] has seen the toils and sufferings in this country and that when he comes to power he is going to sacrifice” and turn things around.Mr Fuseini criticised the “elephant government” of 110 ministers whom he said have still not fulfilled the promises outlined in the NPP manifesto. These and other issues he said sums up the woeful performance of the NPP after a year in office.However, Majority leader Osei Kyei-Mensah-Bonsu disagrees.Speaking to Class news, he said the performance of the NPP government has been spectacular thus far.Source: ClassFMonline.com