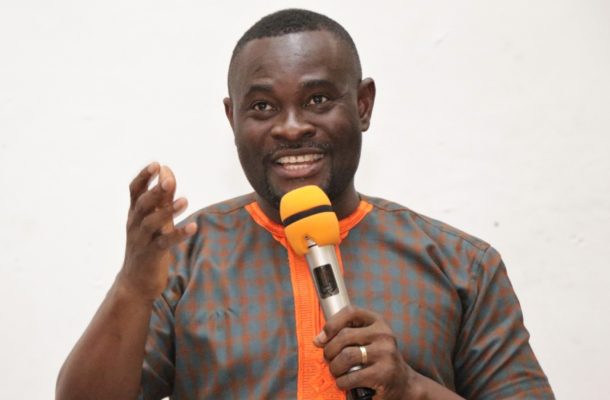 The Chief Executive Officer (CEO) of the National Entrepreneurship and Innovation Programme (NEIP), Lawyer John Ampontuah Kumah, has revealed that only 66 Ghanaian youth benefited from the programme under the erstwhile John Mahama administration.

According to him, the Youth Enterprise Support (YES), as it was called in the previous government, has a track record of training only 103 applicants. He said out of the number, only 66 were giving loans to operate during the party's 8 years in government.

The NEIP CEO made these remarks during a live Facebook chat with Loyal Ladies TV, when he was highlighting the achievements of the Akufo-Addo led government in sector of unemployment.

He lauded President Akufo-Addo for introducing NEIP as according to him, the programme has aided many Ghanaian youth to attain greater height in their businesses.

Unlike Akufo-Addo's NEIP was established under the Ministry of Business Development in 2017, John Kumah said, the YES initiative, was age restrictive, and was not open to everyone.

This he said, changed since the NPP government took over, and was open to entrepreneurs regardless of their age, as long as they had capacity to enter into agreements with the institition.

The newly parliamentary candidate for the Ejisu constituency noted that the NEIP was set up with an allocation of $100,000,000 (One hundred million dollars), exclusively to provide business development services, startup incubators and funding for young businesses, to enable them grow and become successful.

He noted "This year alone, 26,000 entrepreneurs in all the 260 districts nationwide, are recieving training after which 5,000 businesses will be given financial support", adding that "this had helped the country’s youth unemployment rate reduce drastically"

To ensure the continuity of the programme, beneficiaries of the programme are given from 3 months to 3 years, depending on the kind of business ventured into, after which they are required to make monthly payments with 10% interest per annum.

Explaining why the loans are taken back, he said: “In the first place we have to sustain the Programme and that, if individuals are able to pay the money back it helps us to support others. Again, the training giving to the youth is meant to teach them how to go in for a loan and to pay”.

“In fact, this Programme has helped majority of the youth to gather confidence to start their own business. The unemployment rate three years ago was about 15.3% but I as I speak it has declined to 7.2%. Had it not been the coronavirus pandemic, the unemployment rate could have come down again” he said.

Touching on the challenges they encounter, he expressed that age restrictions were the main problem and for that matter thought it wise to abrogate (YES) and name it (NEIP) to get rid of the age limit.

He explained that there is no collateral attached to the fund given to individuals, adding that individuals are supposed to pay 10% interest per annum whereas interested individuals have to get guarantors for the fund.

John Kumah said he strongly believes that this government deserves another 4 year term as according to him, so much has been achieved in the first three and half years alone.  He said this is a clear indication that the country will see tremendous progress if Nana Akufo-Addo is allowed with four more years to govern this country.