“Only the ‘kayayei’ will wave at Jane Opoku Agyemang” — John Boadu 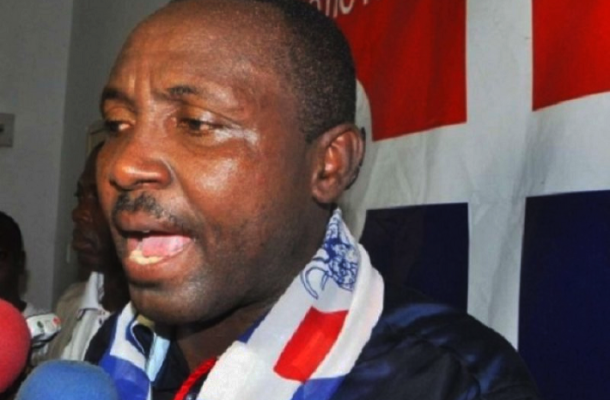 Since Prof. Jane Naana Opoku Agyemang was named as the running mate to the flagbearer of the opposition National Democratic Congress (NDC) - John Dramani Mahama, political players and social commentators have expressed what they know about her.

While some described the choice of the former Education Minister as a suitable match for Vice President, Dr. Mahamudu Bawumia in the run-up to elections 2020, others say the NDC has slipped in their latest appointment.

The latest to react to the subject is the General Secretary of the governing New Patriotic Party (NPP), John Boadu.

Speaking on Okay FM's ‘Ade Akye Abia’, program Tuesday, John Boadu indicated the NPP was undisturbed with the choice of the former UCC Vice-Chancellor since only head porters, known in the local parlance as “kayayei”, will give her recognition.

He said Prof. Jane Opoku Agyemang is not known by all and her unpopularity makes her unparalleled to Dr Bawumia in terms of politics and governance.

“Let's be fair with ourselves ...from Makola through to TUC, nobody will wave at this woman. Send her to Chorkor or Bukom and ask her to walk on the street to Makola and see if someone will wave at her. Perhaps only the kayayei will wave at her. So on what grounds could this woman be compared to Dr Bawumia?”, he remarked.

Uncle JB, as he is affectionately called, posited that Ghanaian women are very discerning and therefore will not just vote for the NDC all in the name of appointing a female running mate.

“Don't just conclude that women will vote for the NDC all because the party has a female running mate. It doesn't work like that. This is not the first time we are seeing a woman being called upon to occupy such a portfolio in this country. Ghanaian women are very discerning and will decide well on Prof. Opoku Agyemang who hasn't done anything positive to impact the lives of women”, he told host, Kwame Nkrumah Tikese as monitored by Ghana Guardian.