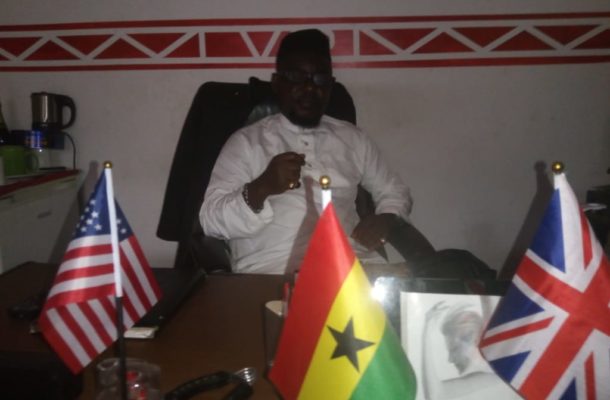 A Military Police Joint Task Force, Operation Vanguard was set up by the President of Ghana in 2017 to combat the operations of illegal mining in the country but opposition NDC Communications Director for the Prestea Huni Valley in the Western Region, Kwame Acheampong Bonful, believes otherwise.

According to Mr. Bonful, affectionately called Humble Lion, the Task Force was inaugurated by President Akufo-Addo to protect foreign nationals to engage in illegal mining.

He said the Operation Vanguard has gone contrary to the task given them to protect our forest and our water bodies but providing security to Chinese nationals to mine in our forest while our Ghanaian galamseyers are being killed and arrested.

Speaking to the media, he challenged President Nana Akufo Addo to fire the Minister of Environment, Science, Technology and Innovation, Prof Kwabena Frimpong-Boateng, over his involvement in the 'flying' of the 500 excavators to prove his competency.

He also called for a thorough investigation into the sudden death of Major Maxwell Mahama following claims of protecting illegal miners.

Mr Kwame Bonful revealed that the public bare teeth against galamsey was a coy to enrich members of the governing New Patriotic Party (NPP) and some ministerial appointees.